Huawei Honor will be holding the Honor 20 series launch event in the UK on May 21, which will be the global debut of the Honor20 series smartphones, before it is due for launch in China on May 31. The brand has been drip feeding us with bits of information ahead of its launch, and in between that, we now know when the Honor 20 series will be coming to India. 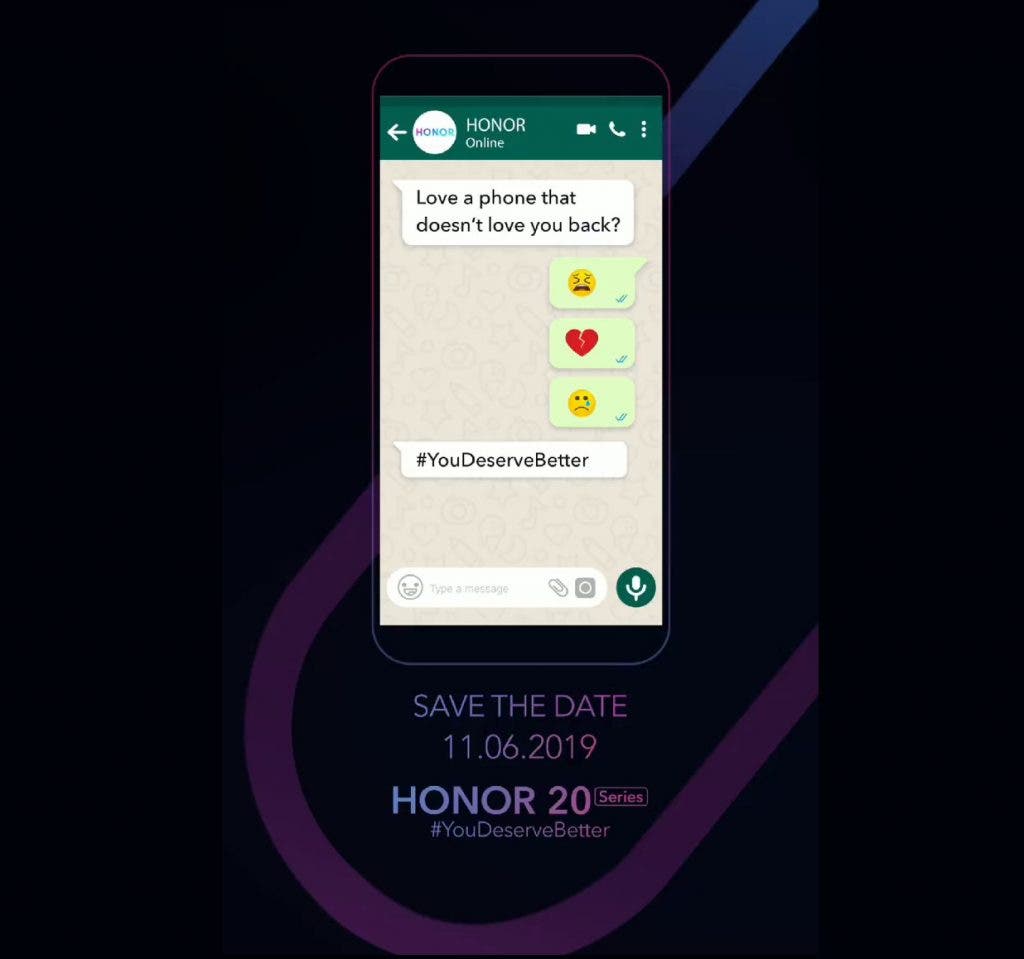 As per the ‘Save the date’  invite sent out to the media, the brand confirmed that the Honor 20 series will hit the country on June 11th which is a couple of weeks after the Worldwide and China launch.

While previous leaks suggested the Honor 20 series will make do with triple rear camera setup, it is now becoming evident that the device will get quad–rear-camera setup as most of the teaser from the company’s official channels revolves around the number 4. The global launch teaser banner seen below is one of such, and if an interactive game on their official website which allows users to stand a chance to win a brand new Honor20 is any indication, we can deduce the upcoming Honor 20 smartphones will get a  48MP primary shooter, a telephoto camera, a wide-angle camera and a dedicated low light mode on the highest variant flagship at least.

Delving into the camera details, leaks have it that the 48MP main sensor on the Honor20 and 20 Pro will be joined by a 16MP super wide angle lens camera, a 2MP macro camera with a 2MP depth assist camera, while the Honor 20 Pro may differ in the camera segment only with the inclusion of a fourth 8MP telephoto camera with 3x optical zoom capabilities. Both devices are tipped to come with a 32MP sensor embedded into the punch-hole display.

Given the brand emphasis on photography in its series of teasers, it would be safe to assume the Honor 20 devices will be offering impressive features similar to those on the Huawei P30 Pro, but at a hopefully cheaper price tag.

While there have been numerous leaks about the device till date, we’ll only know for sure what to expect on May 21, when Honor takes the wrap off the Honor 20 series of phones in a few days time.