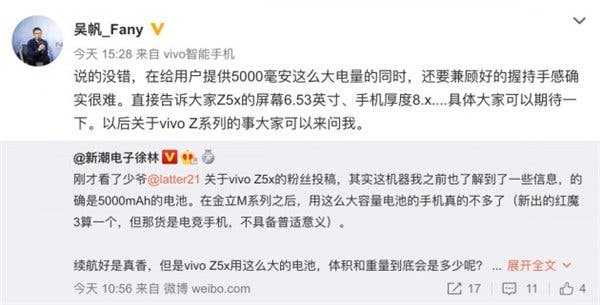 Wu Fan said that the vivo Z5x comes with a 6.53-inch display and its thickness is 8.x mm. We already know that this smartphone will use a monstrous 5000 mAh battery and concerning this, Wu Fan said “When you provide users with such a large amount of battery, you must also have a good grip. It’s really hard.” 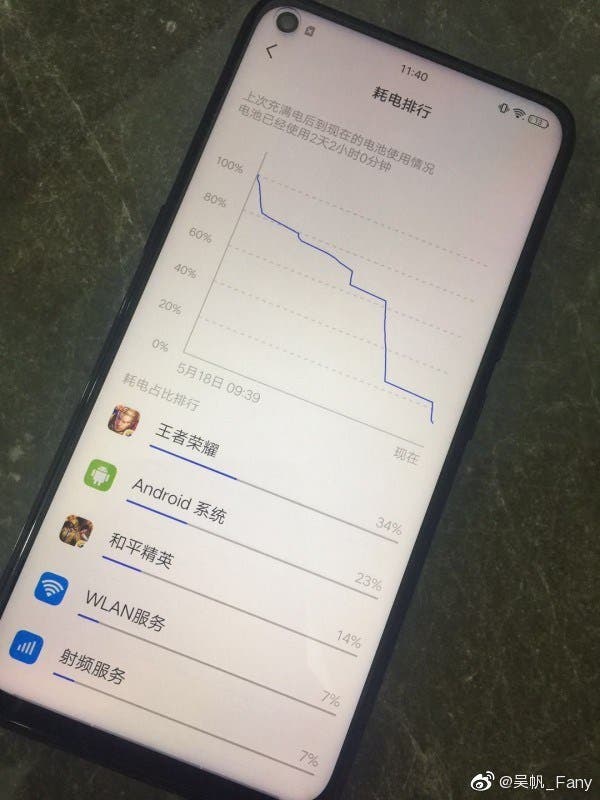 He also said on Weibo that “playing the king and the peace elite totaled 13 hours and 56 minutes.” The released picture shows that the smartphone has been used for 2 days and 2 hours since the last full charge, and there is still 13% of the remaining battery. It seems that the battery life of this device is really strong. 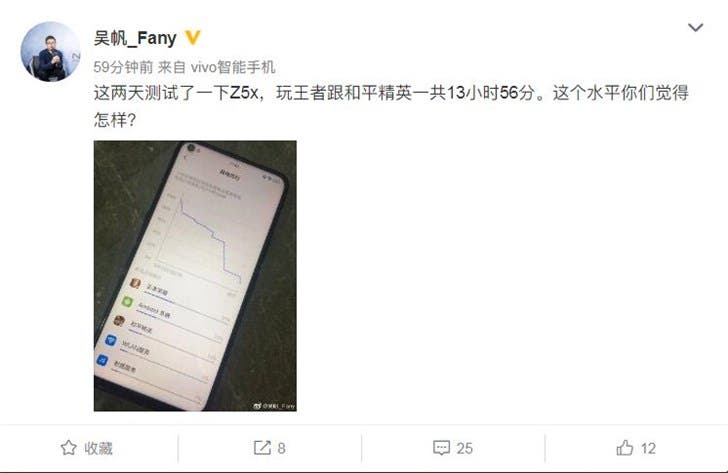 In addition, as can be seen from the picture, the vivo Z5x uses a punch-hole screen design and this will be the first smartphone from vivo that will use this feature. Although there is no official confirmation, this device is probably a mid-range smartphone and it will probably come with a mid-range price tag. Vivo’s latest smartphone is the Vivo Y3. The smartphone was released in May 2019 and it comes with a 6.35-inch touchscreen display with a resolution of 720 pixels by 1544 pixels. Besides the recent exposure and the battery, nothing else has been speculated.

Next LG foldable OLED panel is ready to hit the market