Following the Wi-Fi Alliance and Bluetooth SIG certifications, the US Federal Communications Commission (FCC) has now given its nod to Samsung mobile for the Samsung Galaxy A10e. It bears the SM-A102U model number, and when it launches, it will be the most pocket friendly  model of the Samsung Galaxy A series.

While the FCC approval is a sign we could be seeing it launch officially soon, there are however no specs and features details as of now, though we can expect it to come as a watered down variant of the A10 with some specs compromises at a much lower price tag.

While the standard Galaxy A10 has a 6.2-inch Infinity-V IPS LCD display with 720 x 1520 HD+ resolution and 19:9 aspect ratio coupled with Samsung’s own Exynos 7884 octa-core mobile processor clocked at 1.6 GHz with a Mali-G71 MP2 GPU, the Galaxy A10e might sport a smaller display while the Exynos 7884 might be dropped for a MediaTek Helio P22 octa-core processor. There might also be a slight difference in the optic and battery unit, with rumors suggesting the A10e could come with a 3000mAh battery which is a drop from the 3400mAh on the A10. 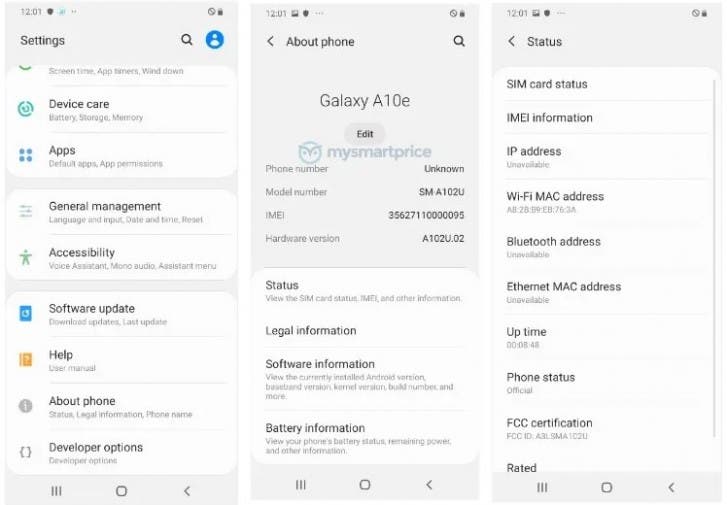 Having secured FCC and Bletooth SIG approval, we can expect the A10e to be made official soon, and one thing that is sure is that the device will be offered for sale in the States.

Previous Huawei excluded from the SD Association: no more microSD