The Galaxy Fold was deployed last month to several YouTubers and Reviewers, the device was getting ready to be shipped to customers, however, a big design issue was found forcing Samsung to collect all units and postpone its launch. According to the reports, debris could possibly enter through the hinge and damage the folding display. Furthermore, the protective cover applied to the panel looked so much like a screen protector and users could be easily tempted to remove it. This simple act of pulling off would ultimately kill the whole panel.

South Korea’s manufacturer detailed the improvements made in the Galaxy Fold earlier in this month, and since then it is promising to share the new launch date for the foldable smartphone. However, the company still has no information about the new date, leaving those who pre-ordered the device very angry, and apparently, retailers aren’t happy too. Best Buy lost its patience and canceled all pre-orders of the foldable device. 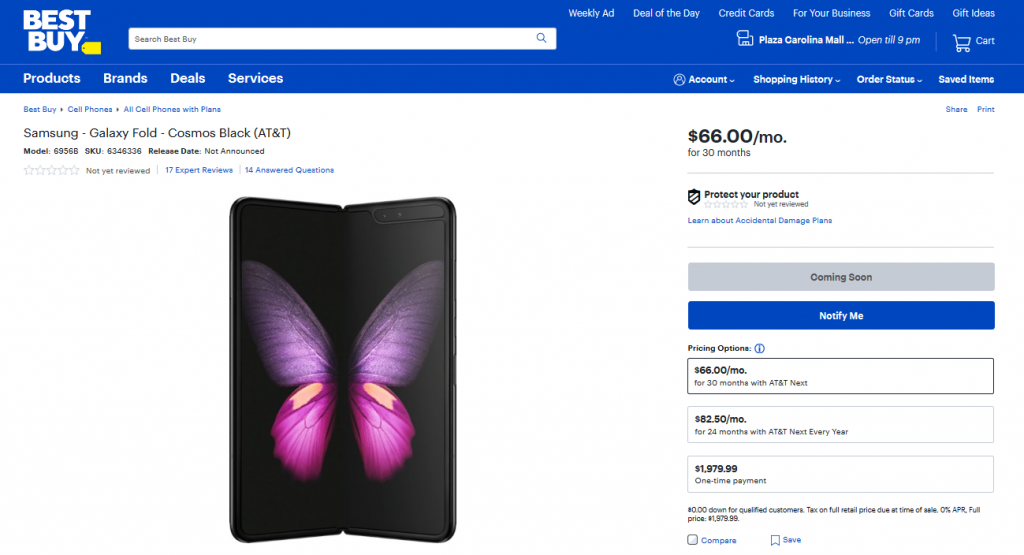 The Retailer’s move is meant to put customers first and ensure “they are taken care of in the best possible manner”. BestBuy will keep customers informed as best it can while Samsung keeps improving the design and build of the Galaxy Fold, and more importantly until it reveals when or if the device will come. If you’re still interested in the Galaxy Fold and want to acquire it through BestBuy you can request to be notified when it’s finally available for purchase.

“We are working closely with all of our distribution partners, including Best Buy, to deliver the Galaxy Fold to customers as quickly as possible. Customers that received a cancellation notice of their pre-order from Best Buy may choose to be notified once the item is available. A new release date for the Galaxy Fold will be announced in the coming weeks. Samsung values the trust our customers place in us and we want to thank them for their patience and understanding.”

Unfortunately, the statement still leaves Galaxy Fold enthusiasts in the same hopeless boat without any news of when the handset will be unveiled.