Asus is well known for its past smartphones with multiple variations carrying the same name. This year, however, the company has surprised many of us with a simple and single ZenFone 6 smartphone being released. However, if you’ve been eagerly waiting for the birth of a different variant of the ZenFone 6, the Taiwanese company decided to honor its legacy with a new Asus ZenFone 6 Edition 30 variant.

The new handset was unveiled at Computex in Taiwan, and it’s more than a ZenFone 6 with a different name and slightly similar specs. Edition 30 comes to celebrate Asus’ 30th anniversary. It will be no more than a special edition with limited availability – only 3,000 will ever be made. Due to this very special nature, the handset comes to honor the legacy of the company in the segment.

ZenFone 6 Edition 30 comes with VIP benefits and an exclusive 30-month warranty. This is really good for those who are concerned for customer’s care, however, there are two factors that will surely steal customers’ hearts. The new edition comes with whooping 12GB of RAM and 512GB of Internal Storage – That’s more than some computers. 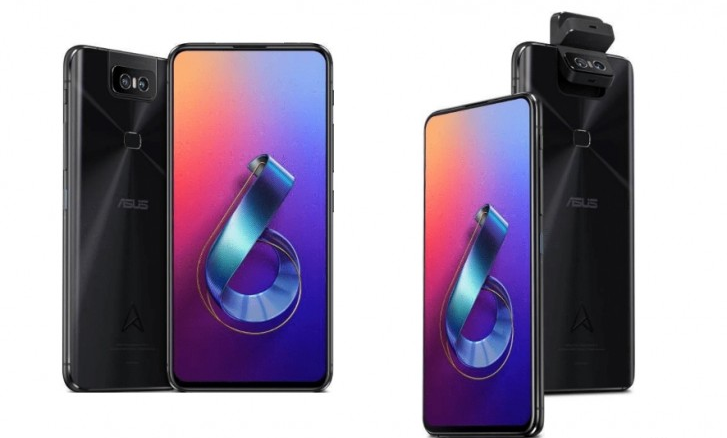 Judging by this generous amount of specifications we only assume that this will be a very expensive handset (Asus isn’t announcing pricing yet). Users who purchase it will also get an exclusive Matte Black colorway and design, with an “iconic Zen-inspired concentric-circle patterning” and “distinctive Edition 30 logo”. The Asus logo is horizontally-aligned in the Edition 30 variant and it also doesn’t bring the blue-ish colored vertically-aligned logo in the standard ZenFone 6.

Despite these differences, it’s the same ZenFone 6 with Snapdragon 855, 5,000mAh battery, and bezel-free display. Furthermore, we can’t leave without mentioning the device’s icing on the cake – It’s dual rear camera setup composed of Sony’s 48MP IMX586 sensor that works along with a 13MP ultra-wide snapper with 125-degree field-view. Thanks to a flip mechanism, the camera works as a main rear sensor but flips out to the front when the selfie mode is requested. According to DxOMark the ZenFone 6 is the best smartphone in the market for selfies.

Judging by the specs, this special edition surely will attract some attention. However, the price still needs to be revealed.

Next HTC U11 is finally receiving Android Pie update