As usual, AnTuTu has released its monthly ranking for available smartphones and Xiaomi seems to dominate the list with four devices. AnTuTu’s ranking represents average scores from multiple tested units and not necessarily the highest score. One interesting aspect of this ranking is the inclusion of Redmi K20 Pro which was announced in May 2019. This smartphone is also the first Redmi phone to be part of AnTuTu’s top 10 rankings. 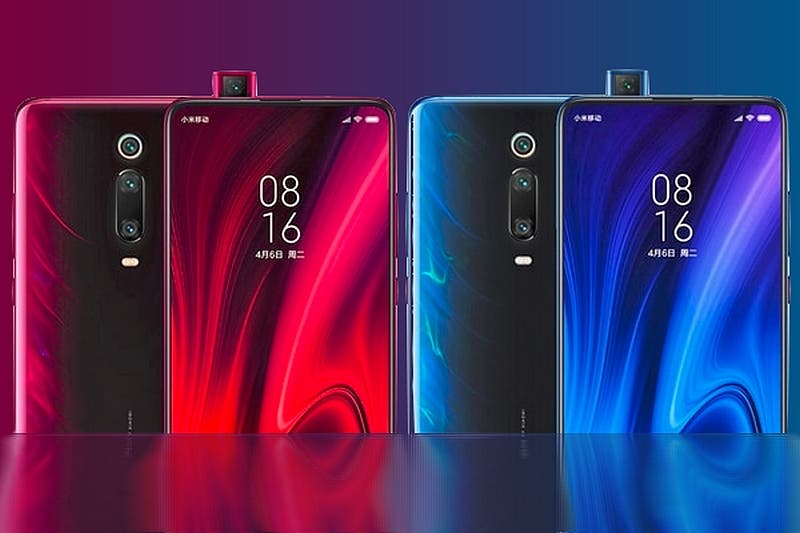 Since the Redmi brand went independent in January this year, the brand has released a couple of smartphones but the recently released Redmi K20 series is by far the most powerful. It is a flagship series in a supposed cost-effective brand. The Redmi K20 Pro comes with a design that has never been used by the Xiaomi brand. It uses a full-screen design without a notch, punch-hole or waterdrop. Rather, it adopts the pop-up camera solution which gives this device a true full-screen display. 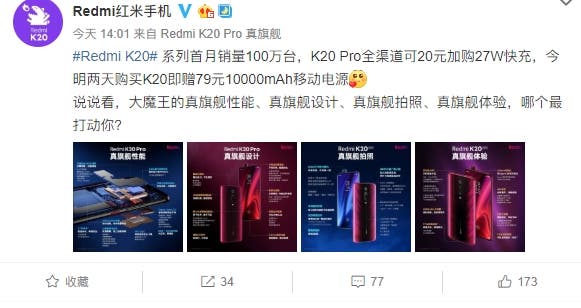 However, its design has nothing to do with its AnTuTu score rather its processor is the key here. Redmi used the flagship Snapdragon 855 SoC on this device and it has been a sensation since its release. Today, the company announced that the Redmi K20 series (Redmi K20 and K20 Pro) have sold 1 million units within its first month in the market. This shows the strength of this smartphone. 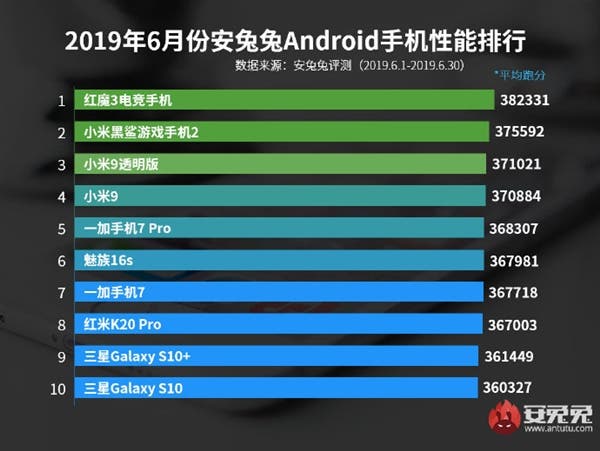 It should be noted that all the smartphones on this list use the Qualcomm Snapdragon 855 SoC. The list did not consider devices with Huawei’s Kirin 980 SoC.

Next LG presents Stylo 5 with 6.2-inch FHD+ display and a stylus