Even after its independence, Redmi didn’t lose its charm. This brand continues making the most cost-effective smartphones. In other words, if you are looking for great handsets at relatively affordable price tags, most likely, you won’t find anything better than the Redmi series devices. Well, Honor makes a tough competition to it. Partly it even outruns Redmi. But there are only a few advantages over Redmi. One of them is a variety of color options. Probably, this was the main reason for Redmi’s next move. Tomorrow, it will announce a new color option for the Redmi Note 7 series.

At the moment, the Note 7 is considered to be one of the best-selling smartphones on the globe. But there are only three color options you can choose from. Moreover, not all of them are available in every market these phones are sold. Initially, the handset came in Fantasy Blue, Twilight Gold, and Bright Black. According to the poster picture, the new color is white. 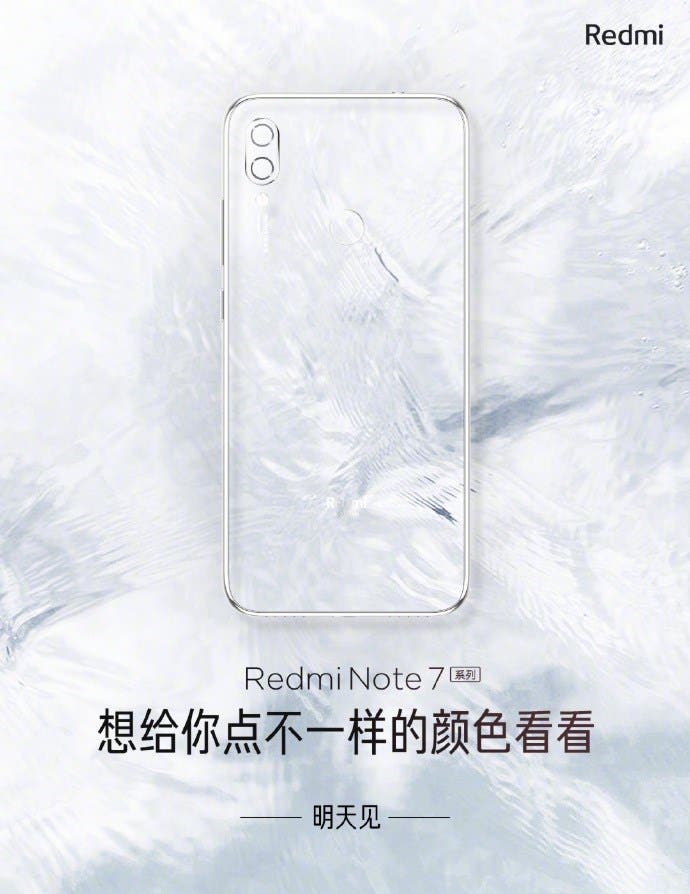 The Redmi Note 7 was released on January 10 this year. It is the first product after Redmi separated from Xiaomi. Unlike the Redmi K20 line handsets, this is not a flagship product. Instead, it comes with mid-range features such as a Snapdragon 660 processor, a 6.3-inch full-screen, and so on.

On March 18, the company released the enhanced variant of this phone, namely the Redmi Note 7 Pro. It is packed with Sony’s 48MP camera, the same 6.3-inch full-screen, and a Snapdragon 675 SoC. The 6GB + 128GB variant is priced at 1599 yuan. There is every reason to think the white Redmi Note 7 will be sold for the same price.

Next Xiaomi acquires part of a Chinese chip design company