The new product launch conference of Honor will take place on July 23. So it’s logical we will get new promo posters, showing the selling points of the products that will attend the event. As you should be informed, the company will announce not only the Honor 9X smartphone but a set of other products as well. Among them, we should mention the Honor Smart Screen (the Honor TV), the Honor Band 5, and the Honor MagicBook Pro with a 16.1-inch screen and the Intel’s 8th generation chip. As for today, we got new posters saying that the 9X will be equipped with a 48MP camera. The latter will come with a ½-inch sensor. Also, the poster says it won’t turn on the flash to make night shots.

Probably, you know better than us that shooting photos in the night and activating the flash will cause a ՛red eyes՛ defect and overexpose the pale scene. You also should know the nighttime shooting it the core test for assessing the camera’s power. Judging from the poster’s nighttime shooting, the Honor 9X can take low-light photos that look quite natural. 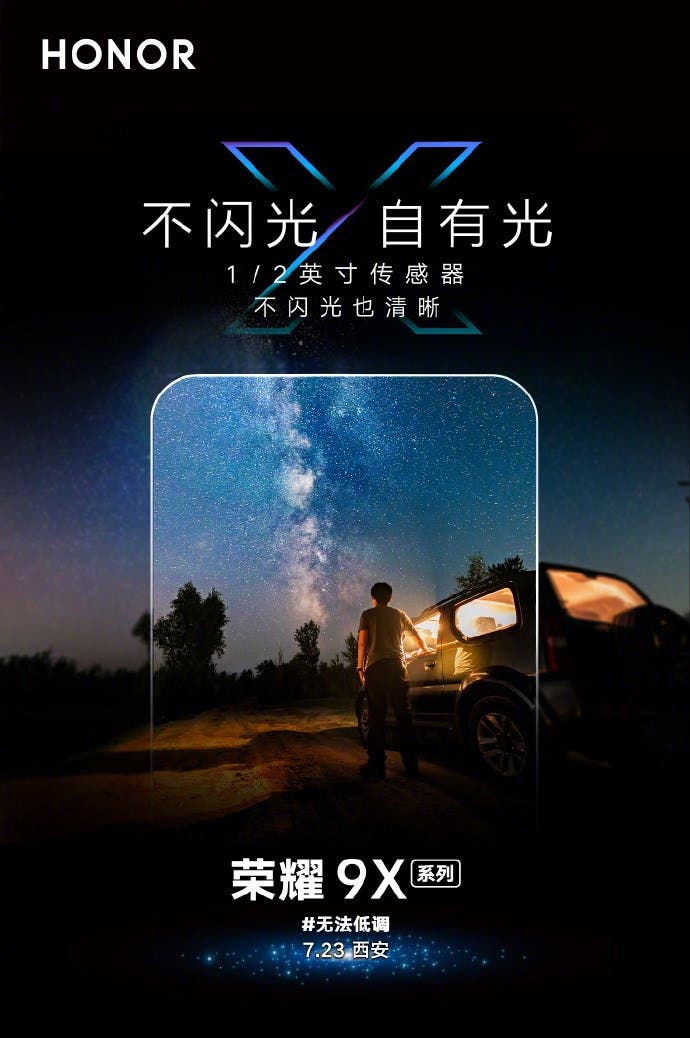 Well, there have been two posters and seems both refer to the Honor 9X Pro. So maybe this will be exclusive for this variant only. As we haven’t talked much about the Pro version, let’s recall what we know about it at all.

It is reported that the size of the Honor 9X will be 163.1 × 77.2 × 8.8mm, and the weight is about 206g. The phone sports a 6.59-inch screen with a resolution of 2340×1080. Our protagonist will feature the screen fingerprint technology. The front-facing camera will have a resolution of 32MP. On the back, the handset will carry a triple camera, which consists of a 48MP lens, a 16MP lens, and a 2MP lens. The gradient color and texture of the fuselage form an ‘X’ pattern. 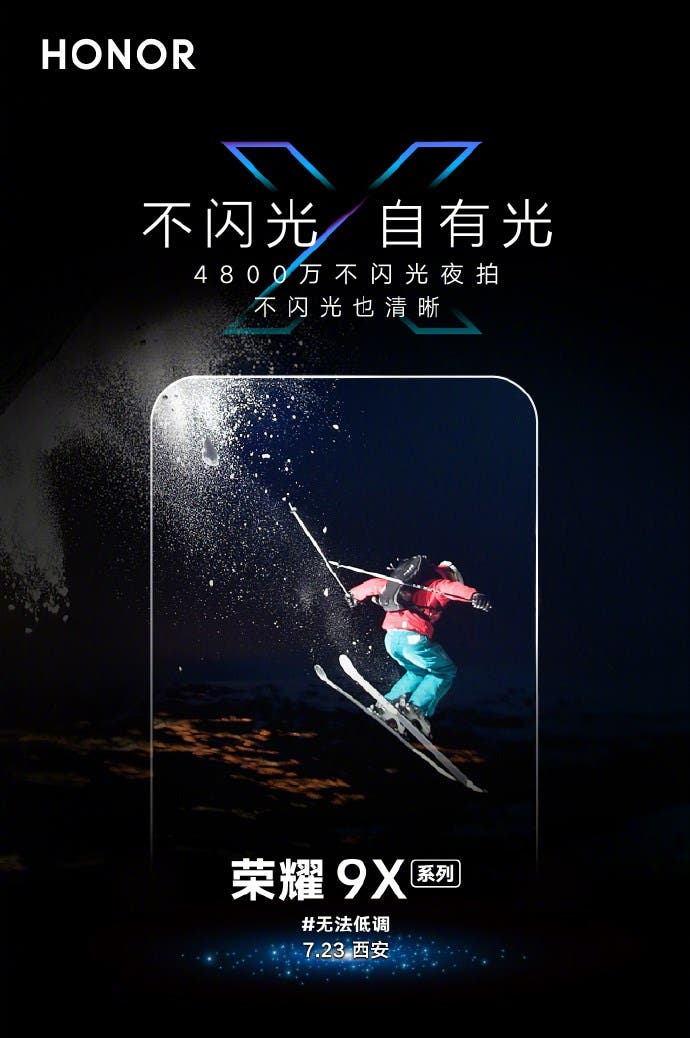 The Honor 9X series will feature the Kirin 810 processor, support GPU Turbo 3.0, use the EROFS super file system and run on the new EMUI 9.1 system. The battery will have a 3900mAh capacity. And there should be a few memory combinations using a 4/6/8GB RAM and a 64/128/256GB native storage.

Next MediaTek's 5G SoC Will Appear On Commercial Products in Q1, 2020