While Samsung is gearing up for the release of the Galaxy Note 10 series, its development team is busy providing improvements for the current flagship Galaxy S10 series. Today a new software update is rolling out for Galaxy S10, S10E and S10 Plus. 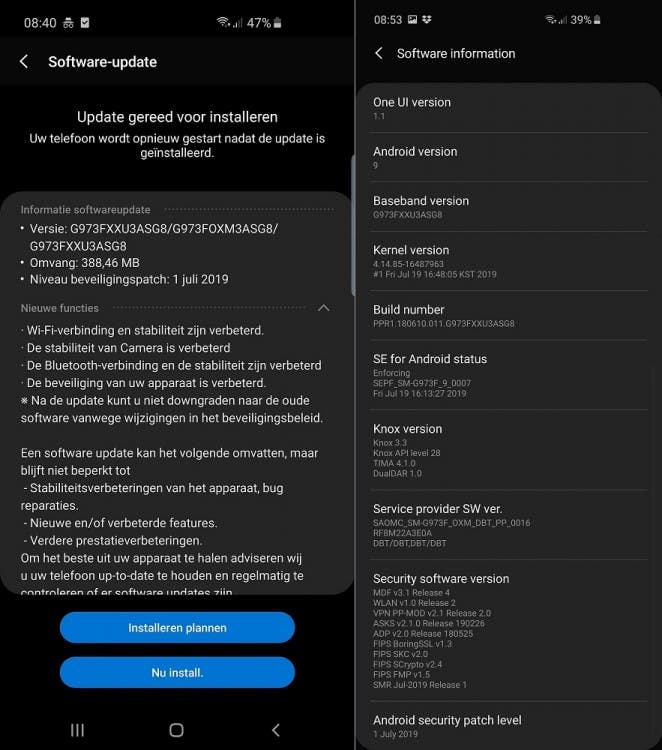 The firmware carries the G973FXXU3ASG8 version number weighs in at 388,46MB and is rolling out via OTA for S10 Exynos variants in Germany and Switzerland. However, take in mind that the rollout is slowly spreading across the markets where the handset is available. So it will surely contemplate more regions in the coming days. By the way, if you live in any of these countries where the update is available, you can try to force check the update via the Settings > Software update menu.

You can also upgrade your device using the firmware for the latest update just head to the source link. If you live in any other country and already received the update, let us know in the comments section below.

Next Galaxy Fold before and after changes: photos comparison