Yesterday, Chinese manufacturer, Huawei, officially unveiled the Mate 20X 5G in Shenzhen, China. This is the company’s first 5G phone and the first 5G device in China. However, since the commercialization of 5G is still at its infancy, many users wondered if the Chinese version of the Mate 20X 5G can be used outside China. 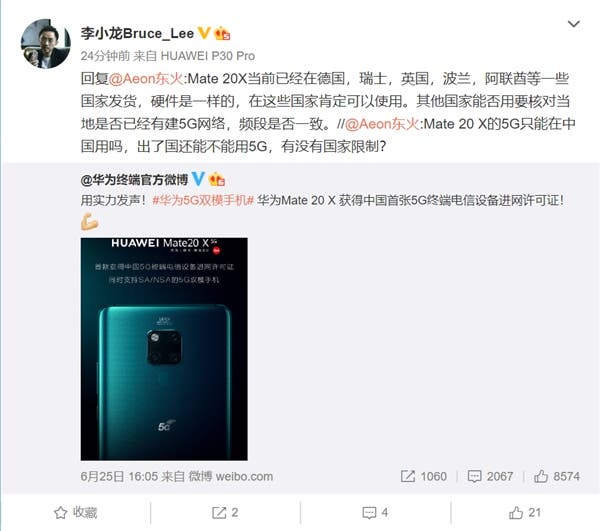 According to He Gang, president of Huawei’s terminal mobile phone product line, Huawei Mate 20X 5G has many firsts: