Samsung has successfully hosted its another Unpacked event with the launch of Galaxy Note 10-lineup and plethora of other devices. As expected, the smartphone maker has also launched its Android flagship tablet of the year dubbed Galaxy Tab S6. The Galaxy Tab S6 is a successor of the Galaxy Tab S4 which was launched way back in 2018. Samsung Galaxy Tab S6 brings lots of exciting features to the table which manages to deliver an interesting experience. With the official announcement, we now have every single detail on this tablet which we will be discussing below. Let’s start off with the price and availability. 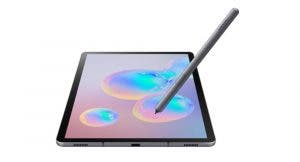 Unlike its predecessor, the Galaxy Tab S6 is available in two different storage variant – 6GB+128GB and 8GB+256GB memory options. Both the memory option is available in three color option namely Mountain Grey, Cloud Blue, and Rose Blush. In terms of price, the base variant of the tablet is going to set you back USD 649 while the top-end model is priced at USD 729. You will be able to get your hands on one of these tablets starting from September 6, 2019, in the USA. 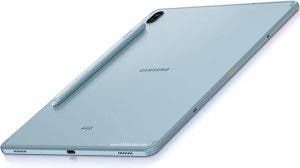 With Price and Availability cleared out of the way, let’s have a look at the specifications of the tablet. Samsung Galaxy Tab S6 is equipped with a massive 10.5-inch Super AMOLED display with a resolution of 1600×256 pixels and a pixel density of 287ppi. Yes! that’s the same display which we have seen earlier in the Tab S4. Although to keep things interesting, Samsung decided to tone down the bezels giving more compactness and immersive experience to the user. Apart from these, the display comes with the in-display fingerprint sensor underneath with the support of S-Pen which by the way is bundled with the tablet.

Speaking of S-Pen, the all-new pencil packs in a 0.35 mAh battery which can last for up to 10 hours of usage on a single charge. Interestingly, the S-Pen can charge completely in just 10 minutes. Apart from these, the rest of the functionalities are very much similar to the previous S-Pen. You can use the pen as a remote camera shutter button, controlling powerpoint slides just to name a few.

Under the hood, Samsung Galaxy Tab S6 is powered by a Qualcomm Snapdragon 855 chipset. It is paired with up to  8GB of RAM and up to 256GB of internal storage. You can also expand the internal memory to up to 1TB using the MicroSD slot. The tablet makes use of the company’s latest Android software called One UI which is based on the latest Android 9 Pie. In terms of imaging, the tablet features a dual-camera setup at the back consisting of a 13MP primary sensor and a 5MP ultrawide sensor. For selfies, there is a single 8MP front snapper with an aperture of f/2.0.

All of these is backed by a massive 7040mAh battery with the support of 15W fast charging capabilities. Samsung might upgrade the charging speed to up to 25W in the future with the OTA update. Connectivity options include USB Type-C port, Bluetooth v5.0, GPS and dual-band WiFi. Sadly, there is no 3.5-mm headphone jack which might be a deal-breaker for many buyers out there. Lastly, the tablet supports the DeX Mode which delivers a desktop-like experience on the connected monitor.