Redmi’s 2019 flagship, the K20 Pro, and a top contender to the Oneplus 7 Pro as well as the ASUS Zenfone 6 will be hitting the European market soon. The Redmi K20 sibling has since been launched in the market as the Xiaomi Mi 9T, and the Redmi K20 Pro is expected to follow suit.

The device will officially launch in Europe on August 20th as the Xiaomi Mi 9T Pro, though it has since been available on pre-order for a couple of days now in the Netherlands.  As per the announcement made by Xiaomi Netherland, the device will be announced for the Benelux markets including – Belgium, the Netherlands, and Luxembourg. However, it wouldn’t be long before Xiaomi expands its reach to other markets within the EU.

The brand has yet to reveal the Mi 9T Pro official pricing. However, we expect the base variant with 6GB of RAM and 64GB of storage to cost €429, while the 6GB/128GB iteration should go for €479 as revealed by retailer Belsimpel on its pre-order page. The Mi 9T Pro is said to arrive in the continent in Bleu, Red, White, and Black, though there are speculations that the blue variant might be limited to the 128GB version. 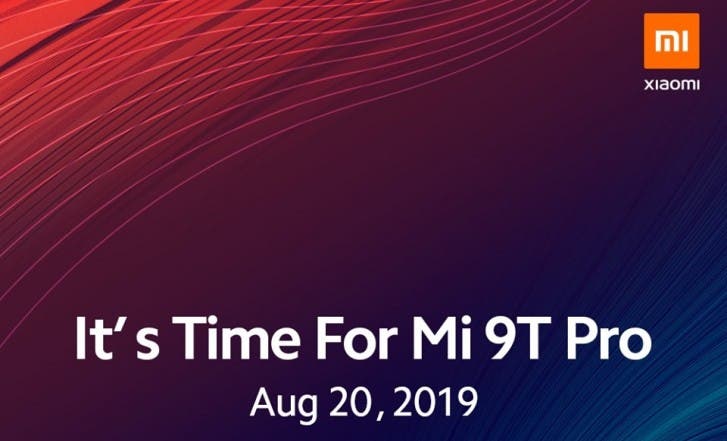 As a reminder, the Redmi K20 had about two months ago landed in the EU market as the Xiaomi Mi 9T. It took a whole lot of time, but a number of fans asked for it and the Mi 9T Pro is finally on the verge of arriving in the market.

Xiaomi Mi 9T and Mi 9T Pro much like the K20 and K20 Pro are more or less the same devices, though with some slight differences.  Both devices get the same camera configurations, but the Pro variant gets the Snapdragon 855, up from S730.  You can get the full Mi 9T and Mi 9T Pro full details here.

Previous This might be the first look at the Moto G8