Probably, we haven’t been waiting for any Redmi phone as eagerly as we do for the Redmi Note 8 line. But there is a real reason for this. As Xiaomi and its executives have announced for a few times, the new series will be packed with the highest-resolution camera in the smartphone industry. The Redmi family models have not been popular for cameras. But with the launch of the new generation of smartphones, everything will change. We will see this phone as soon as tomorrow. But today, the company released a new poster that shows the rear camera module of the alleged Redmi Note 8 Pro. 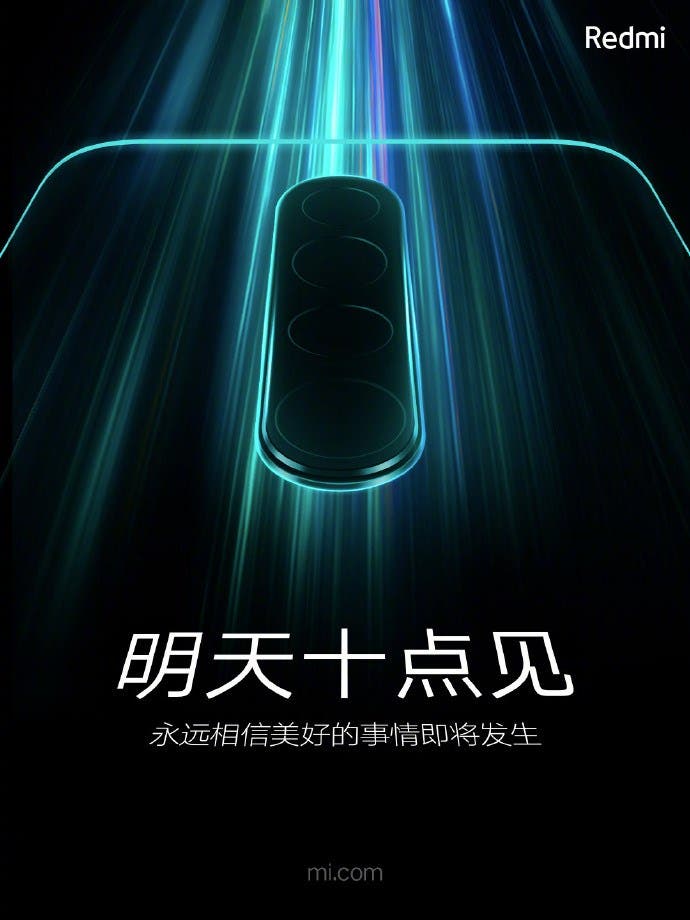 As the poster shows, the Redmi Note 8 Pro will come with a vertically arranged quad-camera. But it may also be a triple-camera accompanied by the rear-mounted fingerprint scanner. Well, the look of this phone and the camera placement are the last thing we are interested in. It’s more important to know the camera parameters.

Prior to the Xiaomi Group’s vice president, Redmi brand general manager Lu Weibing said in an interaction with users that the Redmi Note 8 will be the first to sport the Samsung ISOCELL Bright GW1 64MP sensor. The GW1 uses a 1/1.7-inch ultra-large bottom sensor (1.6μm large pixel size). This is 34% larger than their previous generation and it supports 4-in-1 pixel-binning technology. With its pixel-isolated ISOCELL PLUS technology, the Samsung GW1 sensor guarantees high color reproduction. This also improves its sensitivity by 15%. Apart from this, the Samsung GW1 comes with hybrid 3D HDR support. The hardware-enabled HDR ensures a better and wider range for images. The conference concentrated on the 64MP camera.

Plus, we know the charging power will also be higher than 10W. According to previous news, the new Redmi Note machine will be equipped with the MediaTek MTK G90T processor, and … and we don’t know anything else about the upcoming model.