Earlier this year, Apple announced its future plans of entering the content streaming service with its very own platform dubbed Apple TV+. The new service is the company’s way of competing with the likes of Netflix and Prime Video. Just like the competitors, Apple is planning to offer original TV shows,  movies and documentaries. Although the Cupertino-based company has already announced all the key details of the service, it still left the two important details. Yes! we’re talking about the pricing and the official launch date. We now have the expected launch date and plans for the upcoming Apple TV+ streaming service. 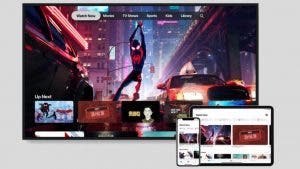 As per the recent by Bloomberg, Apple is planning to launch its upcoming streaming service to the user somewhere in the month of November. Surprisingly, Disney is also debuting its Disney+ streaming TV service the same month at a price tag of USD 6.99 per month. According to some sources within Apple, the TV+ subscription is likely to be priced at USD 9.99 monthly. The same report has also revealed that the subscription initially will come with a small selection of shows. These include The Morning Show, Amazing Stories, See, Truth Be Told and Home (a documentary series about houses).

Since Apple is mulling over the pricing, there is no confirmation whether the subscription pricing will remain the same or not. Although the smartphone maker is leaning more towards the USD 9.99 mark. We’re also expecting Apple to offer a free one month trial period just like its Apple Music service. To win the customer base especially at this price tag, Apple would have to offer a wide range of content.

Apple TV+ to face off tough competition from Netflix, Prime and Disney

Apple and Disney both are entering the highly competitive streaming market that already has some of the popular companies. Netflix and Prime Video have already established a strong position while there are still various other big names in the play. In fact, HBO is expected to launch its own streaming service called HBO Max pretty soon. Considering all these, it’s no surprise that Apple TV+ is going to face an immense competition the moment it will enter the space.

If we consider the current leaked pricing, then Apple TV+ is going to be an expensive service compared to its competitors. Netflix and Prime Video charge slightly less than USD 8.99 while the Disney+ is expected to launch at USD 6.99 per month. This makes Apple TV+ the expensive streaming service which might make things a bit tougher for the company.

Like Apple TV+, the smartphone maker is also adding Apple News+ and Apple Arcade to its subscription service portfolio. Apple has now shifted its focus to services in the wake of the slow down in iPhone sales. The smartphone maker is looking to increase its service revenue to $50 billion by 2020.