Recently Xiaomi company co-founder and Xiaomi president Lin Bin released the true samples of the upcoming Redmi Note 8 Pro smartphone. He also said that the real photo sample of this handset packed with a 64MP camera are 21MB in size. But as Weibo’s image upload limit is limited to 20MB, he can only send a compressed image. The second picture is a screenshot of the first 64MP original image but as you guessed it’s zoomed out. 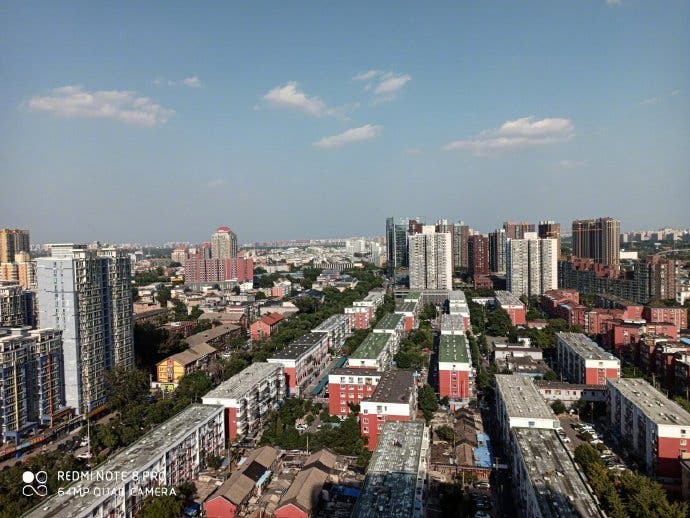 According to the samples released by Lin Bin, the details of the photos taken by the 64-megapixel lens are preserved to the utmost extent. So the photographing experience is very bright. It is worth mentioning that Lu Weibing, vice president of Xiaomi Group and general manager of Redmi brand, also asked in Weibo whether it can be comparable to the optical zoom function.

Prior to this, we learned that the Redmi’s Note 8 Pro will feature the Samsung ISOCELL Bright GW1 64MP sensor. The latter supports Remosaic options. The photosensitive area is 1/1.7 inches, which is 34% higher than that of the 48MP CMOS. Also, this camera combines four-in-one 1.6μm large pixels mode. And of course, this handset supports night shooting mode.

Apart from the excellent camera performance, the Redmi Note 8 Pro will be ideal for mobile gamers. It will sport the MediaTek Helio G90T chip, which comes with optimized gaming functions. The company has also announced our protagonist will come with the TÜV Rheinland high-performance network connection (game) certification and “anti-lock” game antenna and liquid cooling.

The Redmi Note 8 Pro will officially hit the market on August 29.

Next On Redmi Note 8 Pro, Which Feature Will You Sacrifice?