Last week, Fitbit Versa 2 received the Bluetooth certification revealing key features along the way. Well, the brand has now launched the next-gen Versa 2 along with the Fitbit Aria Air and Fitbit Premium Subscription plans. The California-based company has added a plethora of new features to its next-gen smartwatch in a bid to compete with Apple’s offerings. Here is everything you need to know about the new Fitbit products.

Fitbit Versa 2 comes with Amazon Alexa, Spotify and Much More 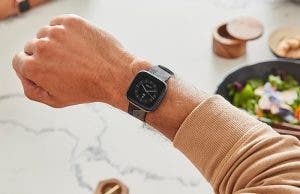 The Fitbit Versa 2 features an AMOLED display offering better blacks and power efficiency than its predecessors. To make the smartwatch more comfortable, the wearable comes with anodized aluminium finish. As expected, the smartwatch also comes with an optional Always-On display which you can enable from Settings. The Versa 2 also comes with an improved processor to deliver a much better experience. Coming to the battery life, the product can last more than 5 days on a single charge and up to 2 days when Always-On display is enabled.

One of the key addition to the all-new Fitbit Vera 2 is the integration of Amazon Alexa. With Amazon Alexa, users will be able to access AI assistant for the weather, live scores and tons of other information. Apart from these, you will also be able to control your Alexa-enabled smart devices right from your fitness tracker. The smartwatch also comes with numerous sleep-related features that give you an overall stat of your sleep. Besides from just tracking sleep, the product will also show you your sleep score along with the duration of restlessness. There is a Sleep Mode that is basically a DND for your smartwatch.

Since it’s Fitbit we’re talking about here, there are plenty of health-related features such as 24/7 heart tracking, all-day motivation, on-screen workouts and many more. Fitbit Versa 2 is water-resistant to up to 50 meters allowing you to wear it while swimming. Speaking of swimming, the wearable can also track each of your swim strokes. During workouts, you can also use Spotify to control your music handsfree. To keep things interesting, there are tons of watch faces which you can use on the product.

Speaking of availability, Fitbit Versa 2 is already up for pre-order and should be available in stores from September 15. Fitbit Versa 2 will set you back around USD 200. 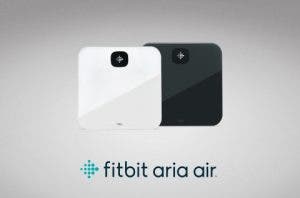 Apart from Versa 2, Fitbit has also launched a low-cost Bluetooth-enabled weighing scale. Using the product, buyers will be able to measure body mass index scale effectively. As mentioned earlier, the product makes use of Bluetooth to track a plethora of health-related metrics such as BMI, heart-rate, sleep-data and weight variants. Fitbit Aria Air is available in Black and White for a price tag of USD 49.95. The company is also offering a premium subscription to fitness enthusiasts giving you assisted workout plans. In the membership, users will receive health reports, workout plans and sleep features at a monthly price tag of USD 9.99. The service will be available later this year.