Recently, some spy images of Huawei’s upcoming smart screen appeared online. Apparently, the smart screen was on transit by Debon Express when netizens had a glimpse of this device. From the images, the Huawei smart screen will be available in 65-inch. From the product label, this smart screen is called Huawei Smart Screen V65. 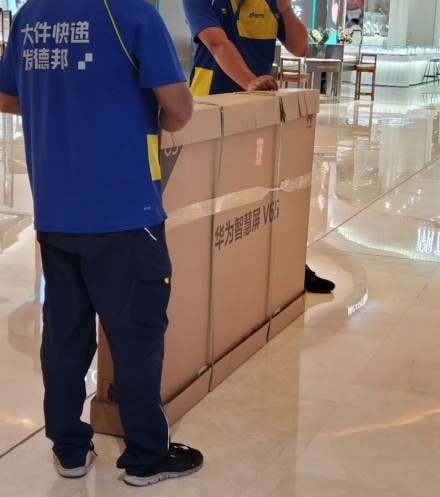 It is black in colour, weighs 43kg (with the accessories) and it comes with model number HEGE-560. In addition, the production date of this specific unit is September 6th, 2019. The manufacturer is Huawei Technologies Co., Ltd., in collaboration with Hefei BOE Video Technology Co., Ltd. BOE probably provided the display for this smart screen. 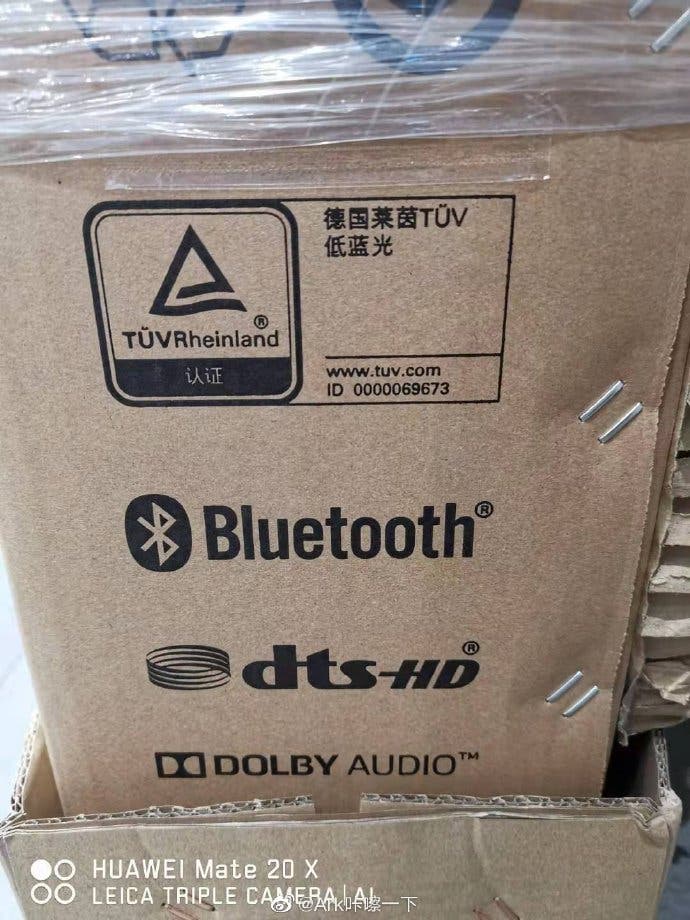 In addition, the images shows that the Huawei Smart Screen V65 has the TUV Rheinland Low Blu-ray certification. It also supports Bluetooth, Dolby sound and so on. Huawei has previously announced that the pre-sale for its smart screen will commence on September 18 while the global release will take place the next day (Sept. 19). This smart screen will probably come with Huawei’s Harmony OS. 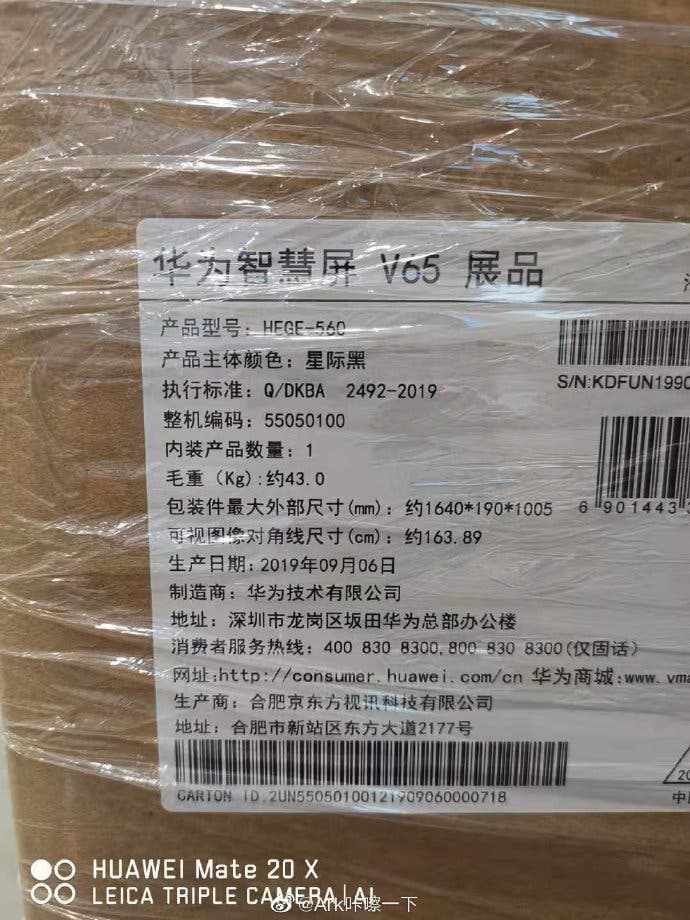 As of now, we do not know much about the upcoming Huawei Smart Screen V65. However, Huawei has always emphasized Smart Interaction, Multi-Screen Experience, IoT Control, and Audio-visual Entertainment for its smart screens. In the posters that we have seen so far, there are features such as pop-up camera and ultra-narrow bezels.

Previous Apple will struggle in the Chinese smartphone market next year