OPPO first teased the arrival of the OPPO Reno Ace at the Reno2 series launch earlier this month. Then OPPO Vice President Shen Yiren announced on Weibo that the OPPO Reno Ace will be the world’s fastest charging smartphone featuring a 65W Super VOOC charging solution. Other than that, the brand before now hasn’t revealed any other useful details relating to the device. That changes now, as OPPO has now officially confirmed the launch of the Reno Ace for October 10. 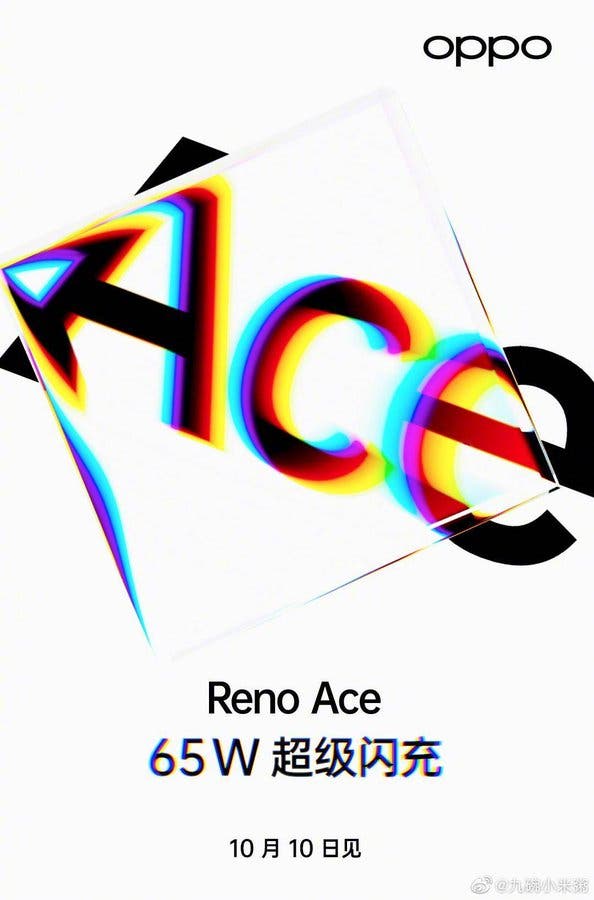 The launch poster/teaser again highlights the 65W fast charging solution which is about 30% more than the current 50W SuperVOOC. VP Shen Yiren had earlier hinted that the supporting smartphone which is the Reno Ace will go into mass production later in October, and that makes the device ripe for full release.

While the company has yet to officially reveal the Reno Ace full specs detail, VP Shen had earlier this month teased a device with a 90Hz screen and a 4,000 mAh battery capacity. All these puts together place the Reno Ace in the flagship-grade level. Much like most recent flagship devices, the Reno Ace is likely to feature the latest Qualcomm Snapdragon 855+ mobile platform which should again place it above the recently unveiled Reno 2 series.

The Reno Ace is in fact rumored to be the same OPPO device with the model number PCKM70 that was spotted on TENAA  earlier this month. The device features a similar design with the Reno2 design, but with some internal differences. 5G support, for example, could be one of the major differences.