Xiaomi has just announced the official launch date of the Mi MIX 4 today. Confirming long-standing rumours, the brand shared a teaser that said the Mi MIX would launch on September 24th in China. Accompanying it will be a 5G model of the Mi 9 Pro, said the teaser. Moreover, the post (in China) also added a few products not mentioned in the teaser. MIUI 11, as well as a Xiaomi TV, is also launching on the same day making it a total of four big products on a single day. 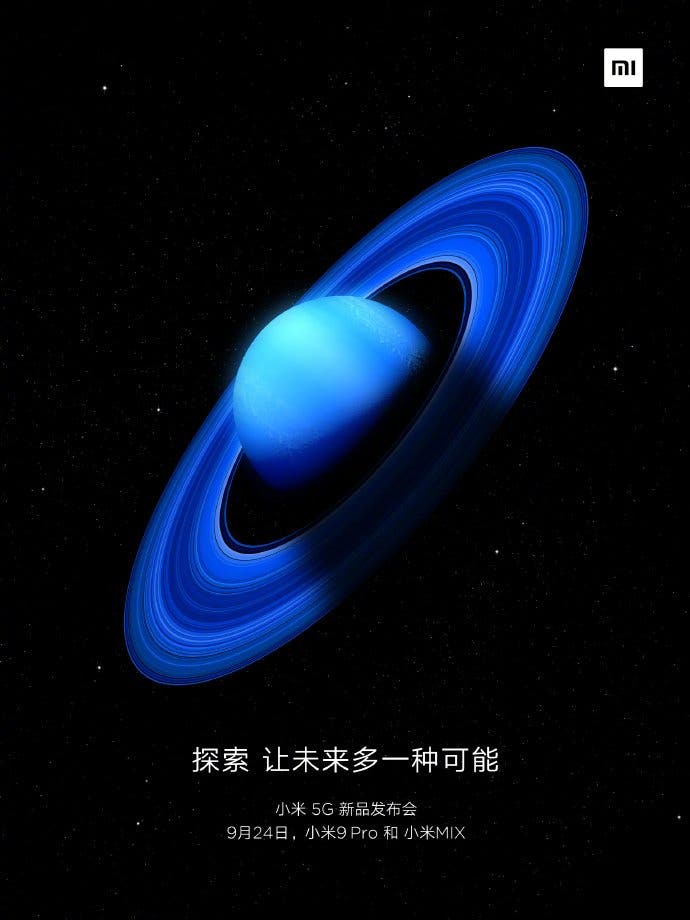 The Mi MIX 4 is a very secretive device right now with almost no idea about its design, apart from a few circulating rumours. Current information suggests the handset has a 2K curved screen with 90Hz refresh rate and a Snapdragon 855+. Also, it could likely be the world’s first 108MP camera smartphone. The Mi 9 Pro is confirmed to be carrying Mi Charge Turbo freshly unveiled just a week back and also 40W fast wired charging.

As for MIUI 11, Xiaomi has promised a revamp of the ads model and cut down aggressively on numbers which we’re keen to see with the new version. As for the Xiaomi Mi TV, it will likely be a top-of-the-line 8K display to debut first from the brand.