Chinese manufacturer, Oppo, is releasing a plethora of smartphones via its Realme sub-brand. A few days ago, the company unveiled the Realme XT in India. Now, a new poster shows that the company will release the Realme X2 in China on September 24. As of now, the main selling point of this smartphone is its 64MP main rear camera. Presently there are only a handful of smartphones in the industry that uses this sensor. Unfortunately, besides the main camera sensor, the poster does not reveal anything else. 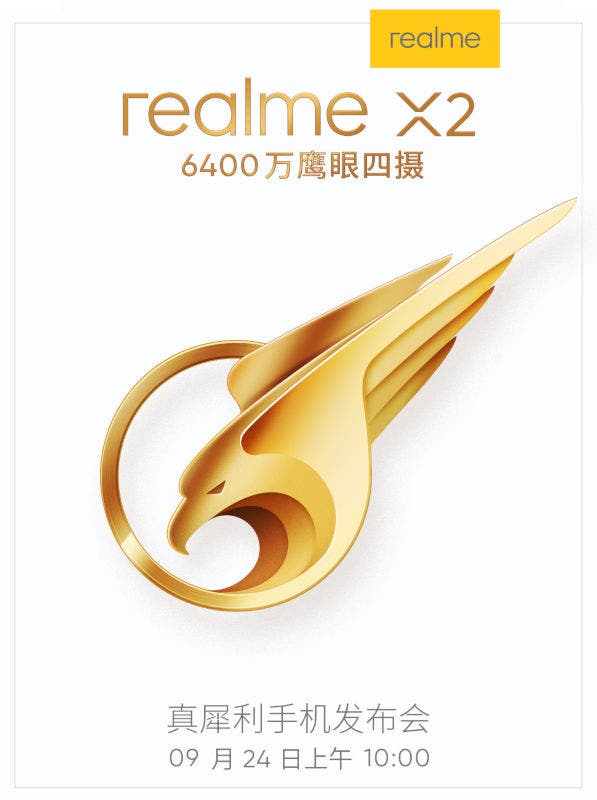 If that is the case, then we expect the Realme X2 to come with a 6.4-inch Samsung AMOLED waterdrop screen with a resolution of 2340 × 1080 pixels. In addition to the main 64MP sensor, there will be three more cameras on the rear making it a quad-rear camera setup.

On the front, Realme XT will use a 32MP sensor while its lights will be kept on by a 4000 mAh battery. In the coming days, more information regarding this device will hit the rumor mill.

Previous Nokia 7.2 now available for pre-orders in the United States

Next Huawei Mate 30 Pro teases its side touch volume control