We know that the Huawei Mate 30 Pro comes with a waterfall display and this leaves little or no room for the volume buttons. It appears that Huawei has placed these buttons (Vol +ve & -ve) on the side screen. In the video, two ping pong (table tennis)players are playing the game on the side edge of the tablet. This suggests the possibility of side controls on the Mate 30 Pro. Huawei will probably use a side touch volume button design for the Mate 30 Pro. The Vivo NEX 3 with a similar design waterfall screen use the same touch volume button. 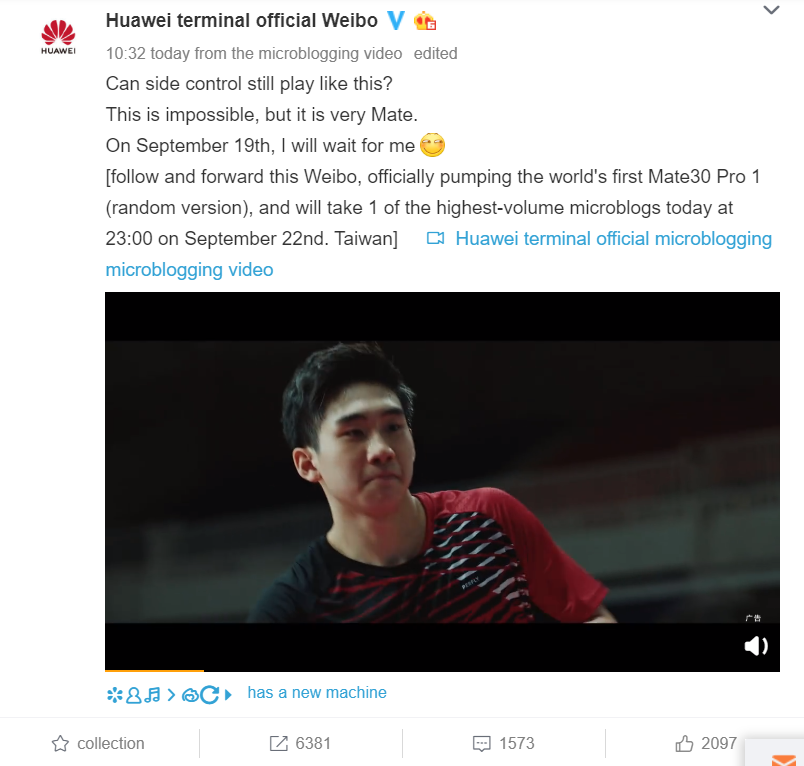 This smartphone will come with a 40MP main camera as well as a super wide-angle lens + TOF 3D sensor. The imaging effect is worth looking forward to. This smartphone will probably lead the DxOMark leaderboard. Under the hood, we will have the Kirin 990 series chip. It uses the 7nm + EUV process. It is also the first chip to integrate 5G Modem into the SoC and is the world’s first mobile terminal chip with more than 10.3 billion transistors.