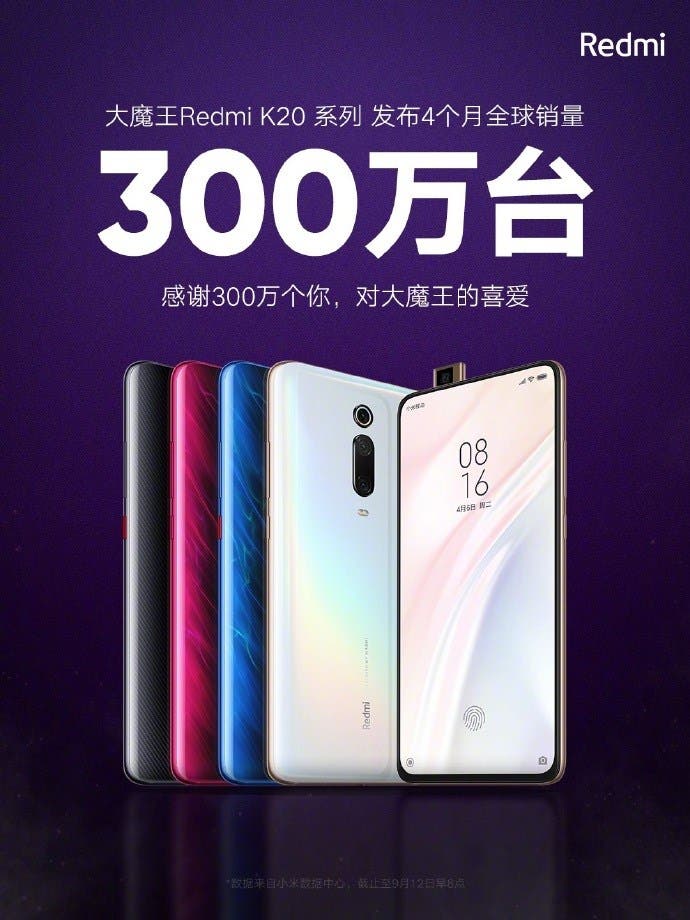 The Redmi K20 Pro features a 6.39-inch full-screen with a 91.9% high-screen ratio and a 2.1-mm narrow border. Under the hood, it carries the Qualcomm Snapdragon 855 processor. The rear triple-camera uses Sony’s 48MP CMOS, an 8MP lens, and a 13MP anti-distortion super wide-angle lens. The camera also supports intelligent scene recognition. The front-facing camera has a 20MP resolution and it adopts the pop-up camera. Generally, this handset is known for its outstanding camera performance. And it also comes with a handheld super night scene support, 960 frames slow motion, and other functions. In terms of battery, the handset sports a 4000mAh large battery, which supports AI intelligent power-saving technology and uses a 27W fast charging.

When it comes to the Redmi K20, the features are lightened a bit. It is equipped with a Qualcomm Snapdragon 730 processor and a 48MP rear three-camera. The machine uses a 6.39-inch full-screen, with the seventh generation screen fingerprint technology. The Redmi K20 is also equipped with a 20MP front camera, and the rear three-camera also consists of a 13MP super wide-angle lens and an 8MP portrait lens in addition to the main sensor.

Recently, Lu Weibing, vice president of Xiaomi Group and general manager of Redmi brand, said that he will broadcast live at 8:00 pm on September 19, releasing Redmi’s mysterious flagship products and selling them simultaneously. It’s guessed we will see the upgraded version of the Redmi K20 Pro.

Previous OnePlus 7T Official Renderings Showcase Look Of The Back