It appears Samsung mobile isn’t retiring its premium W series flip phones just yet despite having a more advanced Fold lineup. It did release a flip phone back in 2018 and will be updating the lineup soon, perhaps later in November. Samsung hasn’t confirmed it has the intention of continuing the lineup. However, information about the upcoming model –   SM-W2020 are beginning to drip in.

Sammobile had a few days back reported that the  SM-W2020  might feature 512GB of internal storage on the base model, and now, we have the first concrete evidence that suggests the phone could be arriving earlier than we thought. A Samsung-made smartphone with model number SM-W2020 has been certified by the Wi-Fi Alliance.

Now, that should be the name of the 2020 edition of the Galaxy W series if history is any indication. And as expected, there isn’t much information we could glean from the listing on Wi-Fi alliance. However, we do know via the listing that the Samsung W2020 will boot  Android 9.0 Pie operating system out of the box, and also with support for Wi-Fi 802.11 a/b/g/n/ac dual-band, which is hardly a surprise.

Last year’s W2019 flagship flip phone and of course previous models are all limited to the Chinese market, and that isn’t likely to change with this year’s iteration. The W2019 from last year launched with two Super AMOLED screens with conventional 16:9 aspect ratio, 4.2″ diagonal and 1080 x 1920 pixels resolution. Samsung could push it further this year with an 18:9 aspect ratio, still with big bezels top and bottom. 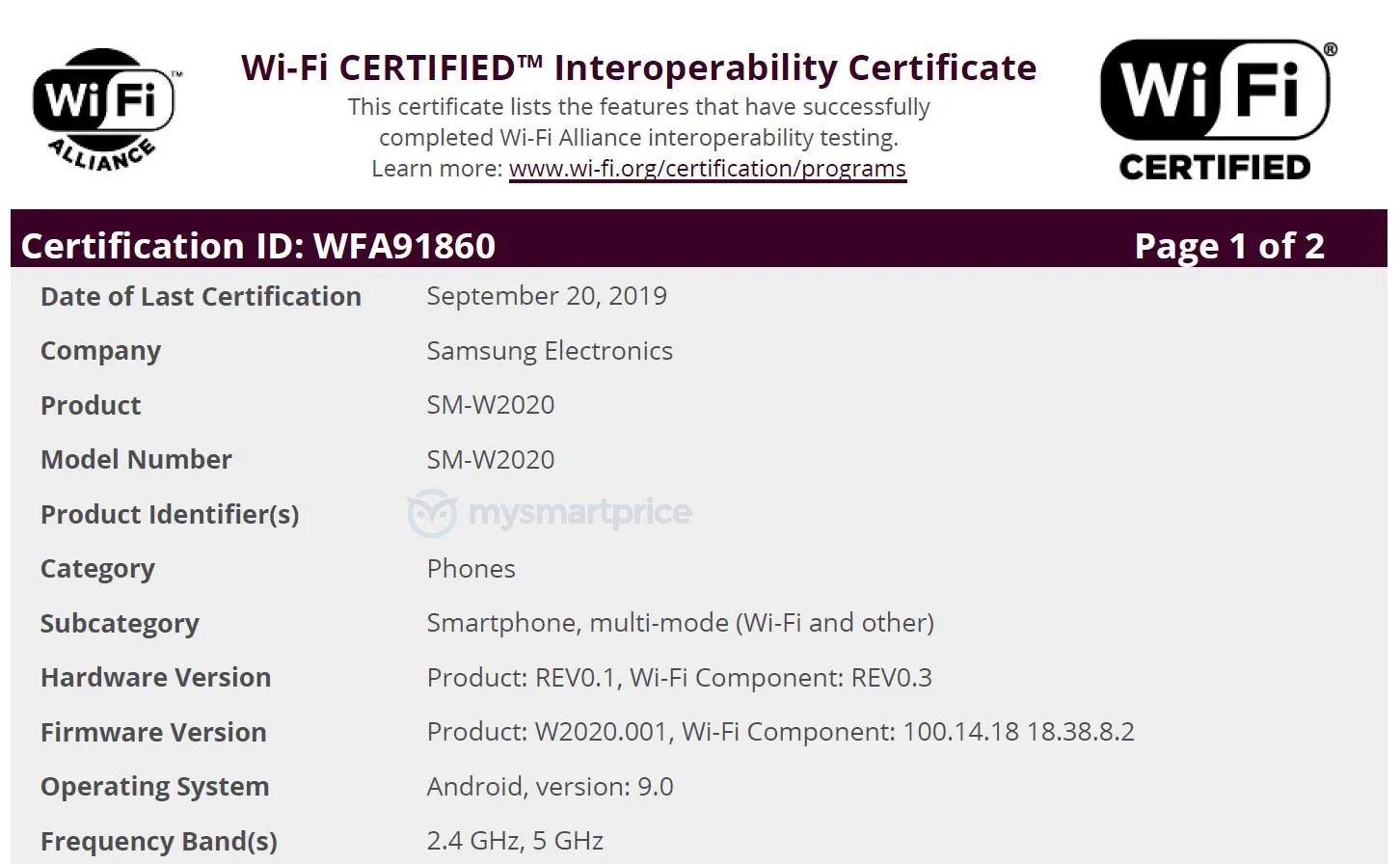 The camera, and power units are also possible aras where the  SM-W2020 might get some upgrades. We still have about two months until its expected launch date, more information, perhaps from TENAA might come our way soon.

Next OnePlus 7 series now getting Android 10 via OTA