Chinese manufacturing giant, Xiaomi, released its most expensive smartphone, Xiaomi Mi MIX Alpha, last month. The retail price of this device is 19,999 yuan (∼$2800) which is already massive. This smartphone will go into mass production by the end of the year and should be available next year. However, a landing page for the MIX Alpha is active on Tmall and the price tag is ridiculous. 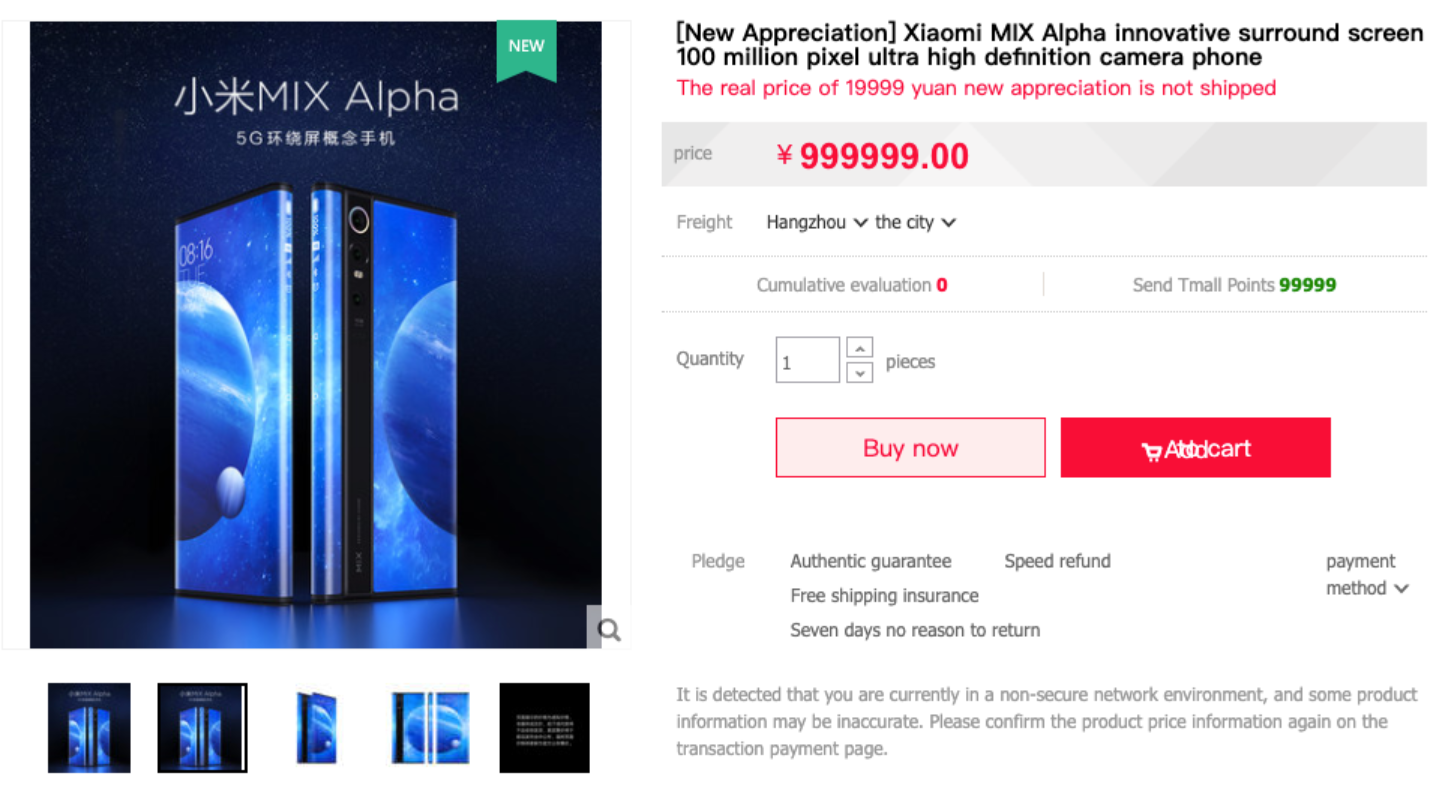 The “Buy Now” and “Add to Cart” buttons on the landing page are active which means that you can actually purchase this smartphone. Don’t get too excited, you will have to part with 999,999 yuan  (∼$140,000) to do so. As of now, no one is “crazy” enough to place the order and the store shows zero monthly sales. However, this device has a landing page on Xiaomi official website with the original 19,999 yuan (∼$2800) price tag. However, it is temporarily out of stock and the “Buy Now” button reads “Stay Tuned”. 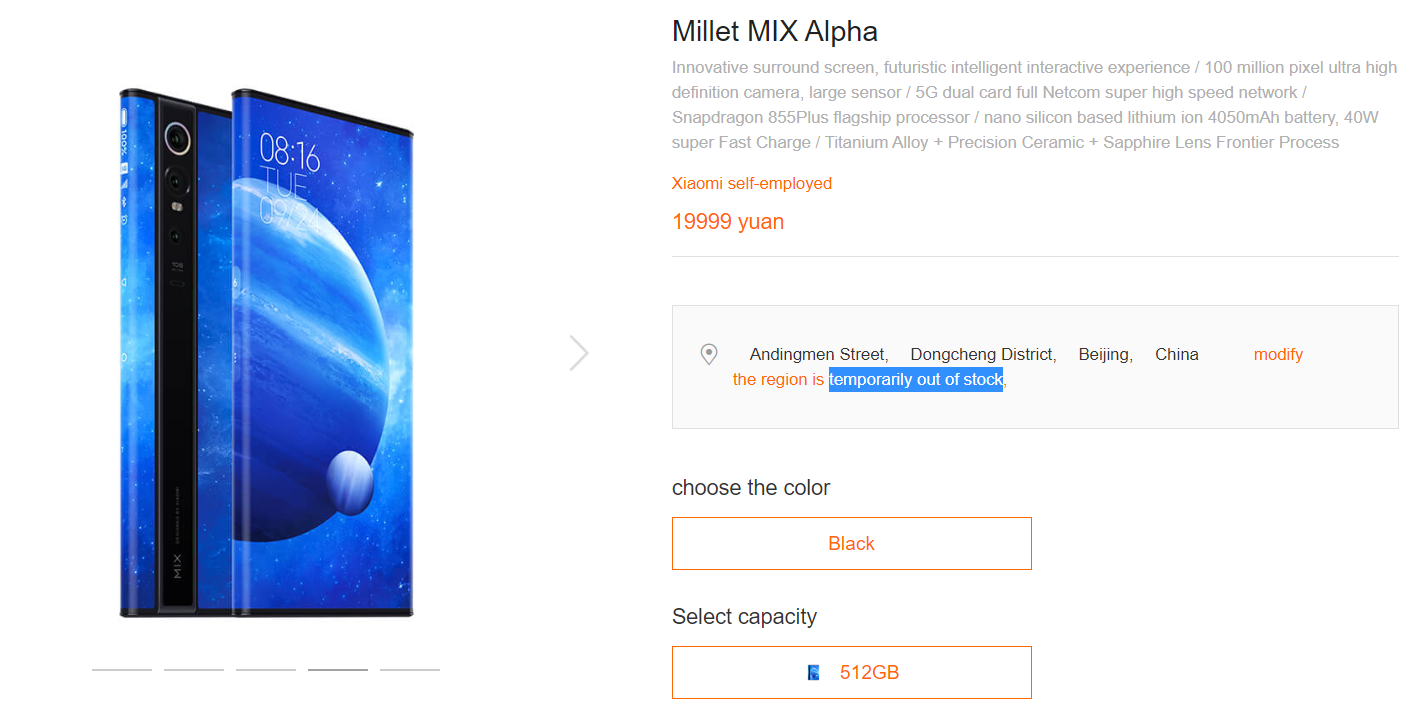 The Xiaomi Mi MIX Alpha has a 7.92-inch OLED surround screen with a resolution of 2088 x 2250. It is powered by a Qualcomm Snapdragon 855+ SoC and has 12GB of RAM and 512GB of UFS 3.0 storage. Another highlight of this device is its 108MP camera. This smartphone is 10.4mm thick, weighs 241g and has a 4050mAh battery. A prototype of this smartphone is on display in some Xiaomi stores. The Xiaomi Mi stores with the prototype include

Next Huawei signs a major 5G contract in Malaysia