After successfully carving out a niche in the budget segment, Realme is now entering the flagship smartphone space with its Realme X2 Pro. The smartphone maker has already been teasing key aspects of the device since the beginning of this month. The device is teased to come with features such as 65W fast charging, 64MP quad-camera setup, Snapdragon 855+ and 90Hz display. Well, we now have the information on the memory aspect as well. 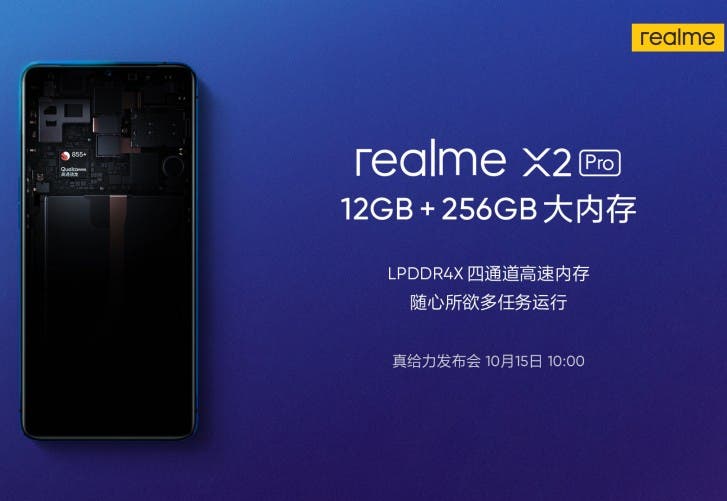 Like the previous teasers, the brand itself has teased the top-end storage variant of the Realme X2 Pro. Realme’s CMO Xu Qi Chase has now officially confirmed the top-end variant of the device. We’re looking at a massive 12GB of LPDDR4X RAM and 256GB UFS 3.0 onboard memory. The brand has revealed a teaser which clearly mentions these two key details of the upcoming device. For those who’re unaware, the brand recently also teased the 135Hz touch sampling rate and an improved fingerprint sensor. In fact, the fingerprint reader can unlock the device in a mere 0.23 seconds. 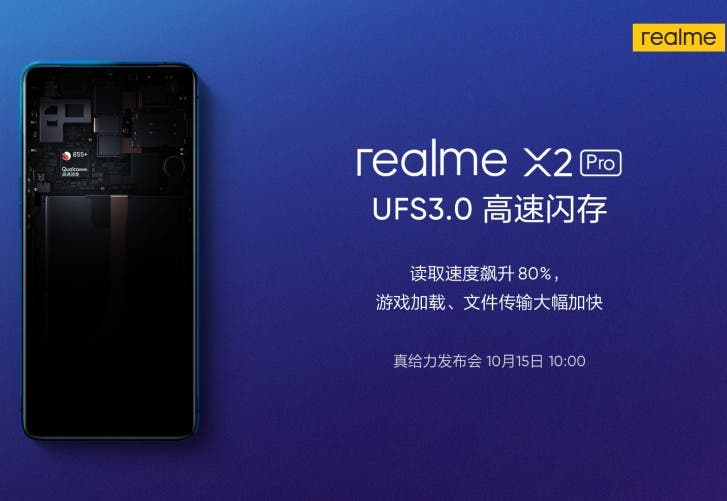 As per the previous teasers, Realme X2 Pro is expected to feature a 6.5-inch AMOLED display with a refresh rate of 90Hz. The display will also feature a waterdrop notch housing the 32MP selfie camera. Under the hood, the device will run on the latest Snapdragon 855+ chipset paired with up to 12GB RAM and up to 256GB storage. As mentioned earlier, the device will feature a quad-camera module on the back featuring a 64MP primary sensor.

All of these are backed by a 4,000mAh battery packed inside which might support 65W fast charging. Yesterday, Realme CEO Madhav Seth announced the official launch date of the device on his Twitter account. The smartphone will make its way to the Indian market somewhere in the month of December. On the other hand, the device will launch in China on October 15 which is right around the corner.