Samsung’s foldable smartphone the Galaxy Fold has a troublesome year. After being delayed due to design flaws, the smartphone is finally available in the market, several months after its announcement. Despite this sad history, the handset is doing pretty well now. We can pretty much say that Samsung is ready for the next challenge. Well, Foldable smartphones aren’t going anywhere, and the fight in the segment should be intensified in the next year with many companies joining the bandwagon. Today, the South-Korean giant teased a vertically folding Galaxy Fold at SDC19.

At the Samsung Developer Conference today, Samsung teased a new form factor for a future foldable smartphone. You can have a good picture looking at the GIF below.

Instead of a compact handset that can be transformed in a tablet-sized device like the Galaxy Fold, this new device comes with a different offer. It is a pocket-friendly handset that can be converted into a larger smartphone. It clearly resembles the old school flip smartphones. This new Galaxy Fold is allegedly model number SM-F700F and according to rumors could be the 256GB foldable smartphone that Samsung is developing. 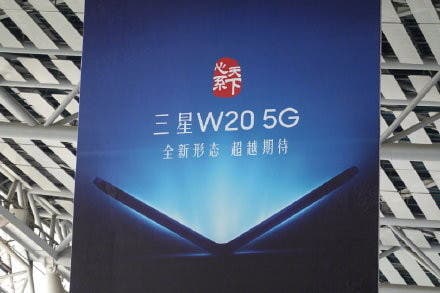 Earlier this month,  a leaked poster from a Chinese carrier showed the silhouette of a foldable phone said to be the “Samsung W20 5G.” On that occasion, it looked like some of Samsung’s usual clamshell smartphones. However, it also fits perfectly with the new concept shared by Samsung. We know that the South-Korean firm is trying with several approaches for a new foldable smartphone. Especially when the Huawei Mate X looks much more advanced than the Galaxy Fold. In the next year, Samsung wants to keep the lead in the smartphone industry. For that reason, it needs to succeed in the upcoming trend of foldable smartphones. 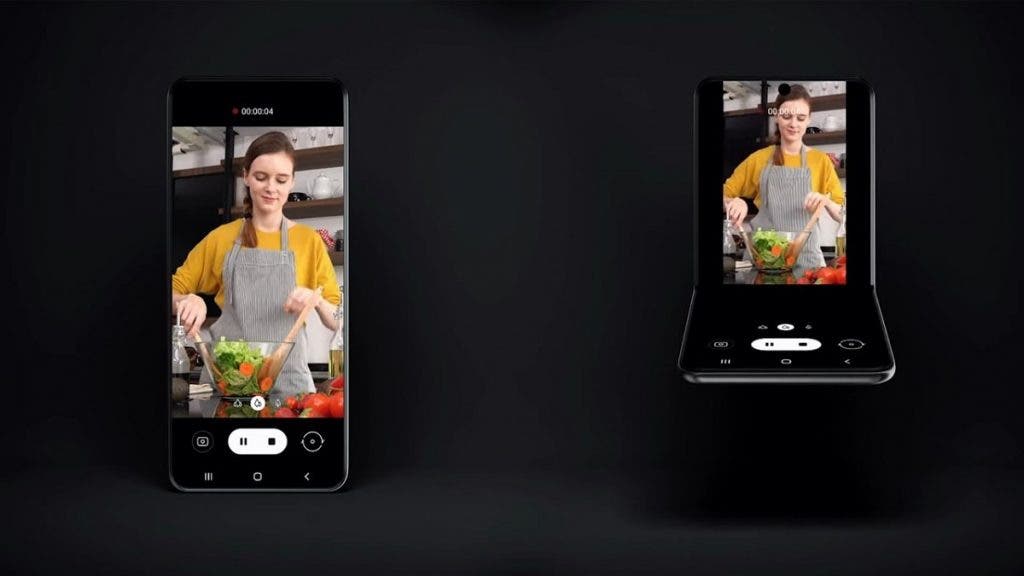 We have to say, while the Galaxy Fold seems like a device that isn’t for everyone, this new solution could make it into a gorgeous product. After all, once you unfold it, you’ll have a regular smartphone. What do you think about this new design approach? Let us know in the comments section below.