With the laptops market getting more and more competitive, Samsung decided to launch its products under the Galaxy sub-brand. For those who’re unaware, Samsung is currently hosting its annual Samsung Developers Conference (SDC 2019). At the conference today, the smartphone maker unveiled two brand new laptops dubbed Galaxy Book Flex and Galaxy Book Ion. Both the variants are going to replace the Notebook 9 Pen and Notebook 8 models. Both the laptops follow the modern design language as well as powerful specifications. Let’s take a deeper dive into the specifications. 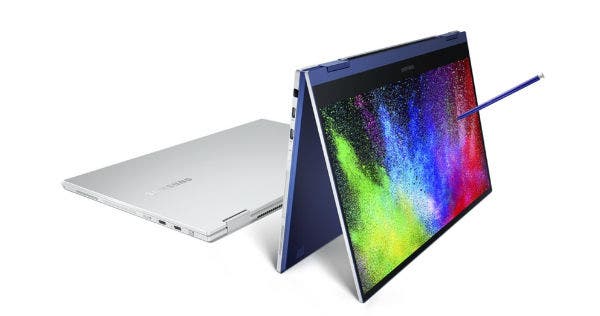 The Galaxy Book Flex comes in two screen sizes namely 13.3-inch and 15.6-inch. It features Full HD QLED display with a 1,920 x 1,080 pixels resolution, 16:9 aspect ratio, and 10-point multi-touch display. It is the same QLED panels which are usually found in the company’s television lineups. Under the hood, the laptop runs on the latest Intel 10th gen chipsets coupled with Intel Iris Graphics or Intel UHD Graphics or Nvidia GeForce MX250 2GB GDDDR5.

Another big change is the addition of Wireless PowerShare feature allowing users to charge other devices such as mobiles, smartwatches. The technology is placed underneath the touchpad. You will have to enable the feature using a keyboard combination.  The Galaxy Book Ion also features the same specifications except for the fact that it is a non-touchscreen variant.

There is no word on the pricing information as of now. According to the brand, the pricing will be in the same ballpark as that of the Notebook 9 Pen and Notebook 9 models. Coming to the release date, the brand gave an early 2020 timeline. It would be interesting to see whether the brand will be able to stick with it or not considering the delayed Galaxy Book S.

Previous WhatsApp is coming for more devices, including the iPad

Next Xiaomi Mi Watch shown off in official video, to run MIU for Watch