It’s no surprise that Motorola is working on its revamped Razr smartphone dubbed Motorola Razr 2019. The smartphone has already been in the talks for a good amount of time now. Earlier this year, we got our hands on the patent of the device giving us a gist of the design ideology. Well, we now have the first-ever render images of the device giving us a much more deeper look at the design of the phone. For those who’re unaware, the Razr 2019 is going to be the company’s first foldable smartphone. 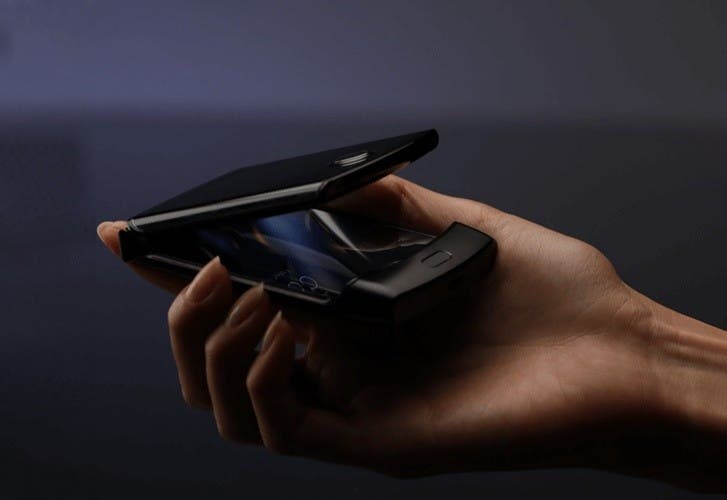 This leaked render images are coming from the famous tipster Evan Blass himself. The leaked render looks like an image taken from a promotional ad. The above image clearly shows the hinge mechanism of the device as well as the bottom part. As you can see, the bottom protrudes and features a small button which might be the fingerprint sensor. Furthermore, you can also see a small glimpse of the main screen.

Apart from this image, the report also brings various low-res renders. In these images, you can see the secondary display located on the top half of the phone. You can have a look at all the images below. 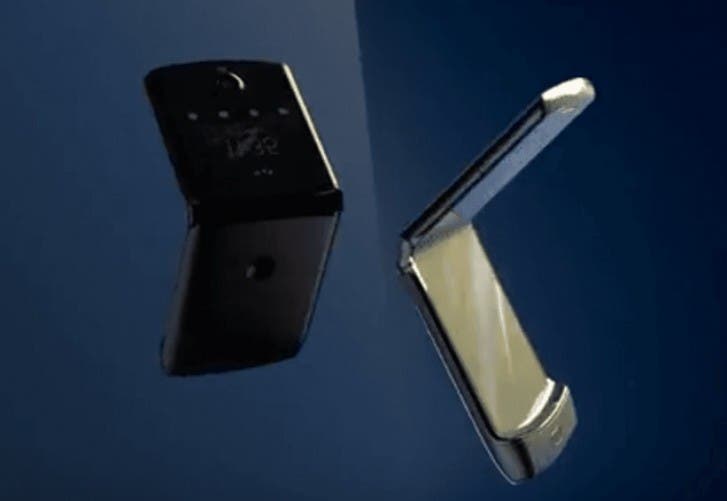 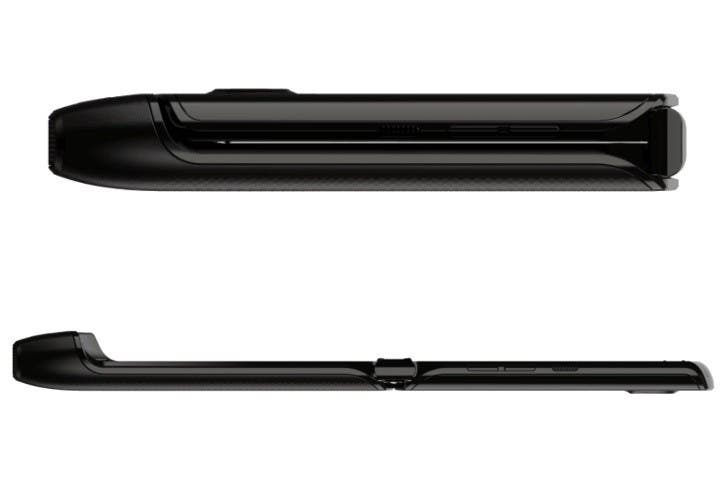 According to the previous rumours, Motorola Razr 2019 will feature a 6.2-inch primary OLED display along with a 600×800 resolution secondary display. Under the hood, we might see the Snapdragon 710 chipset coupled with up to 6GB RAM and 128GB storage. All of these should run on a smaller 2,730mAh battery packed inside. Apart from these, we don’t have any other information on the device.

Coming to the launch date, Motorola will showcase the device at its upcoming event scheduled for November 13. Various reports have previously suggested a price tag of USD 1500 which is lesser than the current foldable smartphone in the market. Well, the official launch event is not too far so we can expect more leaks to hit the rumour mill in the coming days.