Since the beginning of the year, Samsung has introduced a plethora of smartphones under its Galaxy A and Galaxy M lineup. It seems like the company has started preparing for the next year. As per the emerging report, the South Korean company has now started working on the Galaxy A51. As the name suggests, the smartphone is going to be a follow up of previously lanched Galaxy A50 and Galaxy A50s.

Samsung Galaxy A51 Production Begins for 2020

Samsung is planning to launch the upcoming Galaxy A51 smartphone next year. Well, it seems like the company has already started producing the device in India. The device is being produced at the company’s Greater Noida based faculty. Since the story is still in early development, we don’t have much information about the device. Although we’re pretty sure that the device is going to be a mid-range like its predecessor. 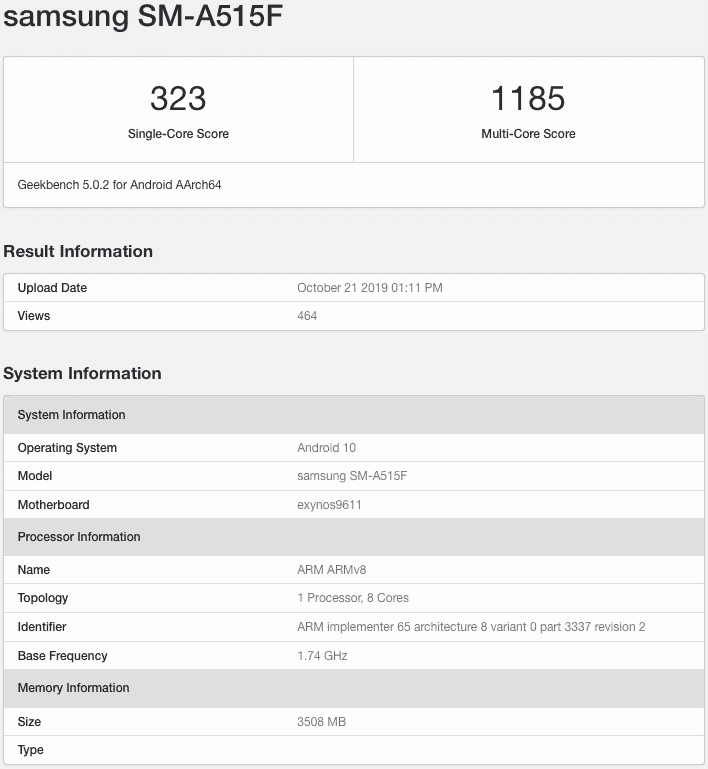 Looking at the previous leaks and rumors, the device will feature the Exynos 9611 chipset along with 4GB of RAM. This is the same SoC that the previous-gen Galaxy A50s is rocking. The chipset is manufactured using the 10nm fabrication process and makes use of  Mali-G72 MP3 GPU for graphics. In terms of onboard memory, the device will come in two options namely 64GB and 128GB variants.

For imaging, the device might come with a quad-camera module consisting of a 32MP primary sensor, 12MP ultrawide lens, 12MP telephoto lens, and a 5MP depth sensor. The device should also feature a 2x optical zoom. On the software front, the device will run on the One UI 2.0 operating system.

As mentioned earlier, it is still very early to comment on the pricing, launch and availability details of the device. Samsung Galaxy A51 will definitely hit the Indian market but that should be somewhere around the first quarter of 2020. Lastly, the device might come with a price tag of somewhere around INR 20,000 (roughly $281).

Next Vivo Y3 Standard Edition with Snapdragon 439 Launched in China