In the past days we’ve seen a lot of teasers about the Vivo S5 promoted by the company itself, but we still had no confirmation on what will be the hardware powering the phone. Well, that changes today as a benchmark of said device just popped up on renown benchmark site GeekBench, giving us an hint on what we’ll find inside.

Vivo S5 Spotted on Geekbench, Comes with a Snapdragon 712 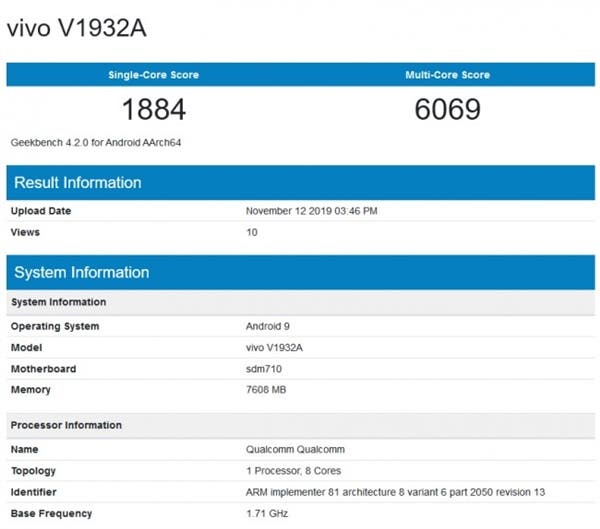 According to the GeekBench benchmark indeed, the Vivo S5 scores 1884 in single-core mode and 6069 in multi-core mode. This is in line with the results usually achieved by the Qualcomm Snapdragon 712 CPU (plus it says sdm710). The mid-range processor then appears to be accompanied by 8GB of RAM. Meanwhile the OS we find on the smartphone will be FunTouchOS based on Android 9 Pie.

Other features on the Vivo’s S5 will include a large 6.44-inch AMOLED display with a resolution of 1080×2400 and a punch-hole camera design in upper right corner. Interestingly enough, this combo (AMOLED + punch-hole) is a first for the Chinese market. The other manufacturer with this design is indeed the Korean tech giant Samsung with their S10 / Note 10 series. 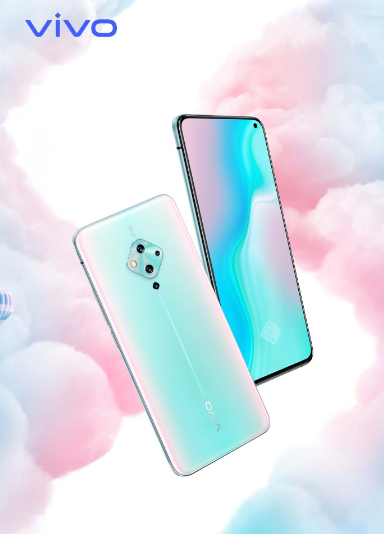 The Vivo S5 will then equip a large 4000mAh capacity battery, g-sensor, proximity sensor, light sensor and an under display fingerprint scanner. Meanwhile its dimensions will be 157.9 ×73.92 ×8.64 mm for a final weight of 188 grams.

Specs aside, the really interesting feature above Vivo’s mid-ranger is its camera department. The smartphone does indeed come with a diamond-shaped four camera setup with a dual LED flash. Cameras will include a primary 48MP snapper, a secondary 8MP ultra wide lens, a 5MP telephoto camera and a 2MP depth sensor. At the front, in the previously mentioned punch-hole, we’ll instead find a 32MP selfie snapper. 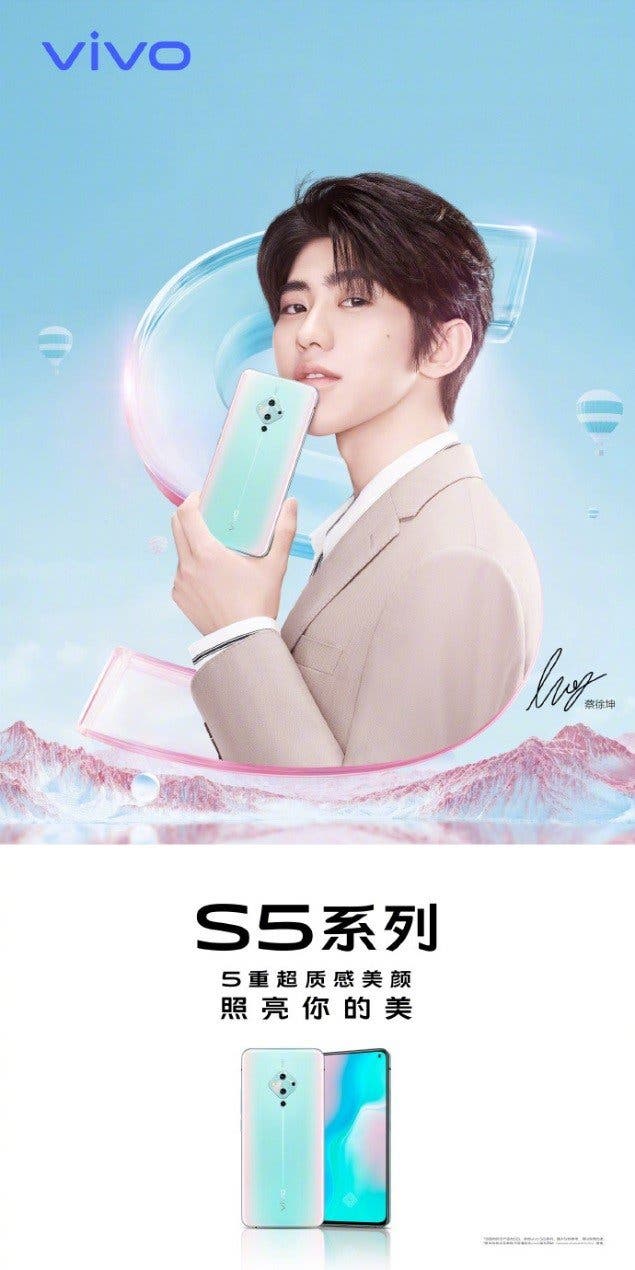 Finally, the Vivo S5 will go official on November 14th. See you then to finally find out the only missing detail: its price.

Previous The 16" MacBook Pro is expected to arrive today

Next Google responds to report linking it to "stealing" medical data