Xiaomi is now pushing out a new update to users of the Redmi 4 smartphones in India. While the company has yet to confirm the rollout, several users from the country have reported receiving the latest flavor of Xiaomi’s custom UI- the MIUI 11. The device is among the second list of Xiaomi/Redmi devices confirmed to get the MIUI 11 update.

Yes, several Xiaomi Redmi 4 users have reported receiving the MIUI 11 update over the air but don’t bump the OS version to Android 10. The update comes in the form of  MIUI V11.0.2.0.NAMMIXM, and weighs in at 483MB, and like we said earlier, the device still runs  Android 7.1.2, and not Android 10, while the security patch dates back to October 2018.

As noted by one of the Mi community users, the update is a test one, with a total, and complete rollout expected in about a week’s time. So do not fret if you are yet to receive the update.

While the update does not bring any major OS update, members of the Mi Forum reports that the MIUI 11 update for the Redmi 4 comes with improved touch controls and refined color usage to deliver a fresh experience. The update also carries sound effects influenced by nature. 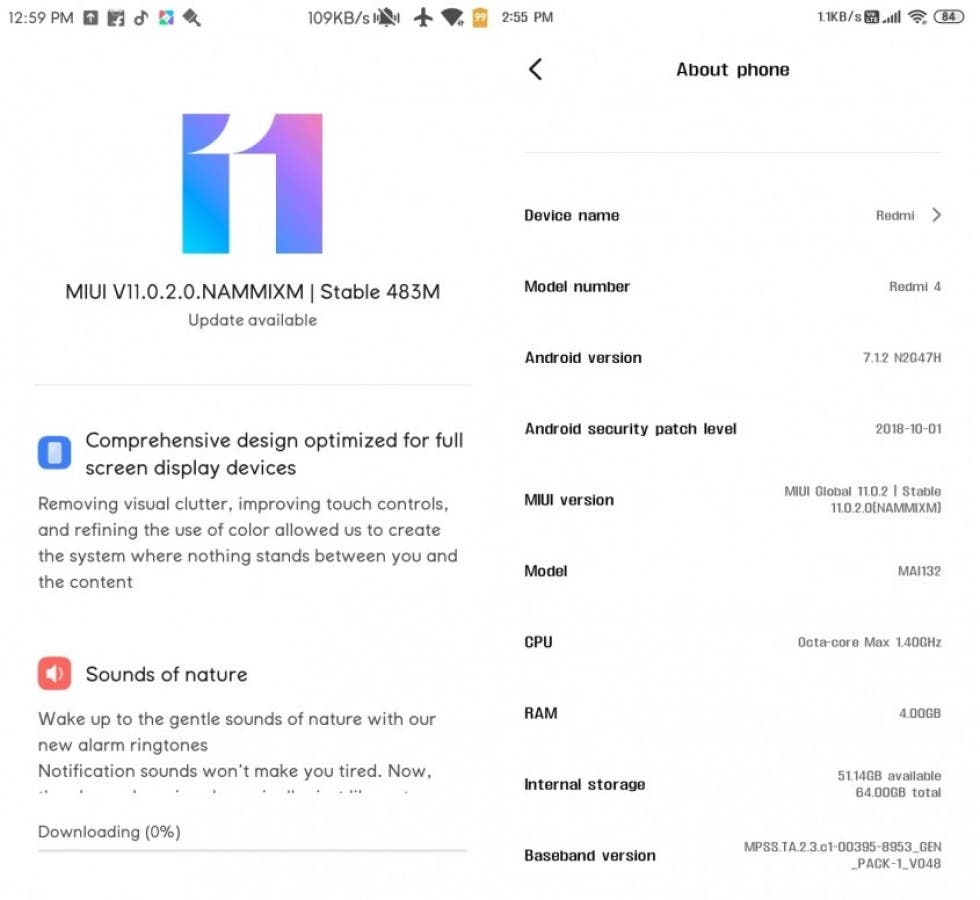 Other than that, users should expect the usual MIUI 11 goodies including a dark mode, video wallpapers, task functionality in the notes app, and a native step tracker. With the update, users of the Redmi 4 should also now be able to preview documents via the file manager, menstrual cycle functionality in the Mi Calendar app, a floating calculator (that also lets you calculate EMI, bill splitting, days until your birthday, etc), picture-in-picture quick replies, and improved Game Turbo capabilities.

Redmi 7 is getting Android 10-based MIUI 11 update