Another Xiaomi smartphone has reportedly gone up in flames in China. This time around, it was a Redmi Note 7 Pro. According to Song Yujie, a citizen of Zhoukou, Henan Province, the handset that he had purchased for his father and used for more than 3 months was “spontaneously ignited” while in use. He logged a report on November 27, and according to him, the phone was purchased on July 24 from Xiaomi Mall in China.

According to the report, the phone was kept on a quilt with the father using it to play a video. His sleep was abruptly interrupted by the smell of something burning. In despair, he saw that his phone was in flame. Fortunately, no extensive damage was done except for a charred device, burns to the quilt and a minor burn to Song’s father while trying to put out the flame. Song Yujie shared a picture showing that the phone is completely broken in several back parts after burning.

A Xiaomi after-sales customer service spokesperson said that Mr. Song’s mobile phone which was on fire is identified as a “non-mobile phone quality problem”. Xiaomi states that this incident has caused by external reasons and it hasn’t to do with the smartphone quality. This is the second case of a Xiaomi smartphone burning. The first one was a Redmi Note 7S with just one month of usage by Chavhan Ishwar. Xiaomi’s India gave a similar response to Ishwar. 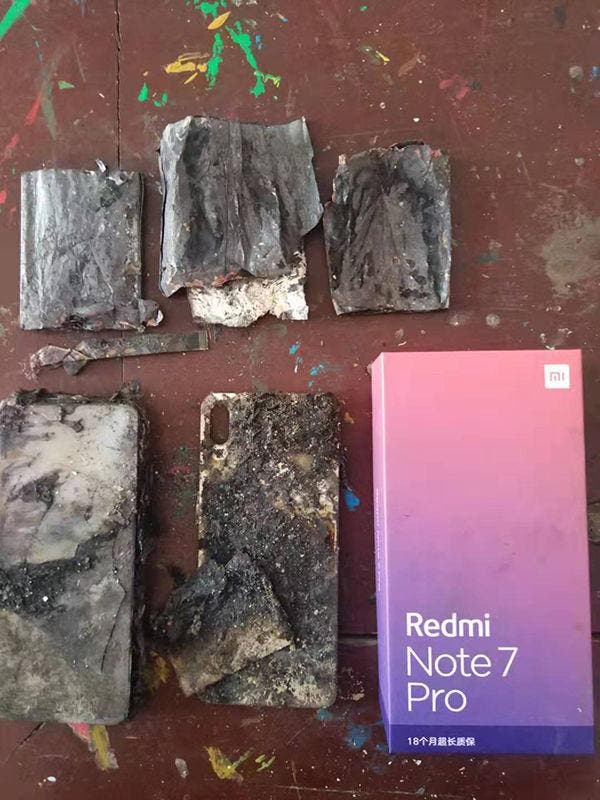 “The Redmi Note 7 Pro is the second Xioaomi’s smartphone that goes in fire this month.”

This lifts a serious concern, with the quality of Xiaomi smartphones. Could be the company sacrificing quality and safety for the sake of low price? But also raises a problem with the manner the company is treating its customers.

Previous Internet submarine cables will be used to detect earthquakes

Next Global cryptocurrency crime caused $4.4 billion in losses in 9 months