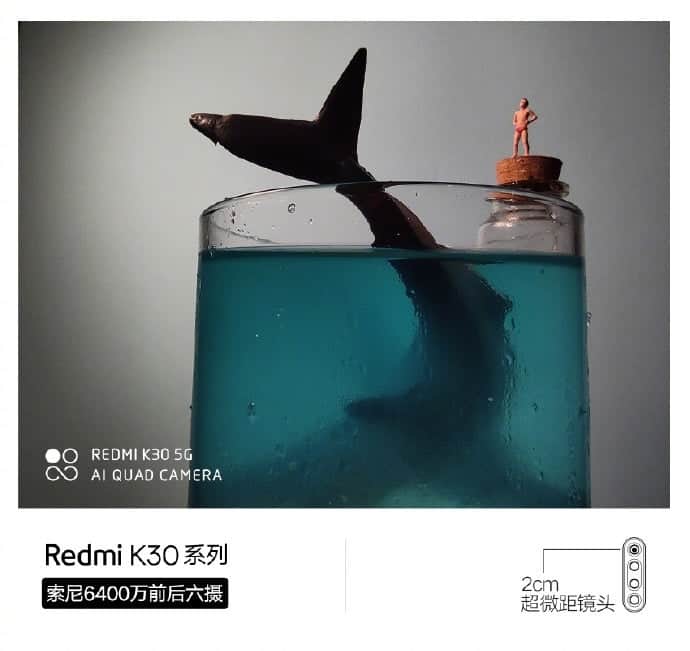 According to the official introduction, the Redmi K30 series will be equipped with an independent super macro lens with a 2cm focusing distance. Thus, it nearly doubles the focusing distance of most smartphones in the world. Judging from its macro real samples, the macro shooting performance of the Redmi K30 is really good. This handset can capture all the details and provide an excellent experience. Combined with a series of interesting filters, the advantages of this handset have increased significantly. 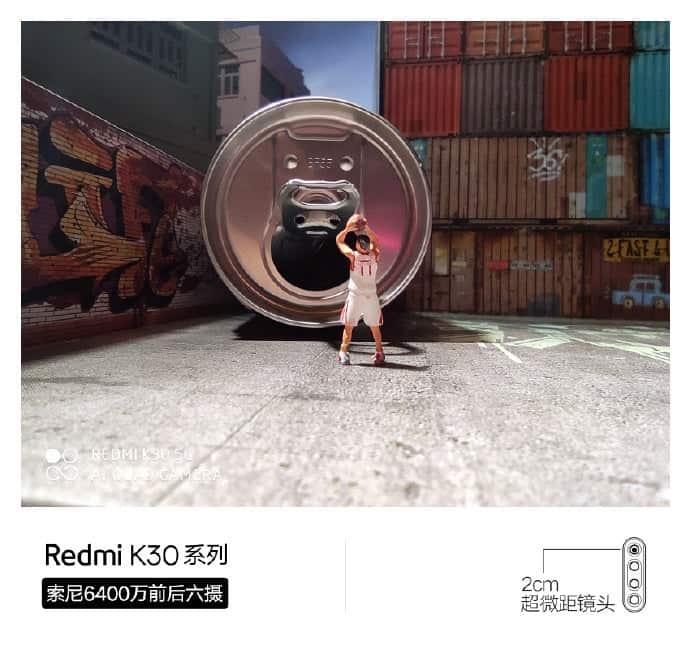 According to the previous official announcement, the Redmi K30 series will sport a 6.67-inch dual-punch-hole screen. The aperture reached 4.38mm. 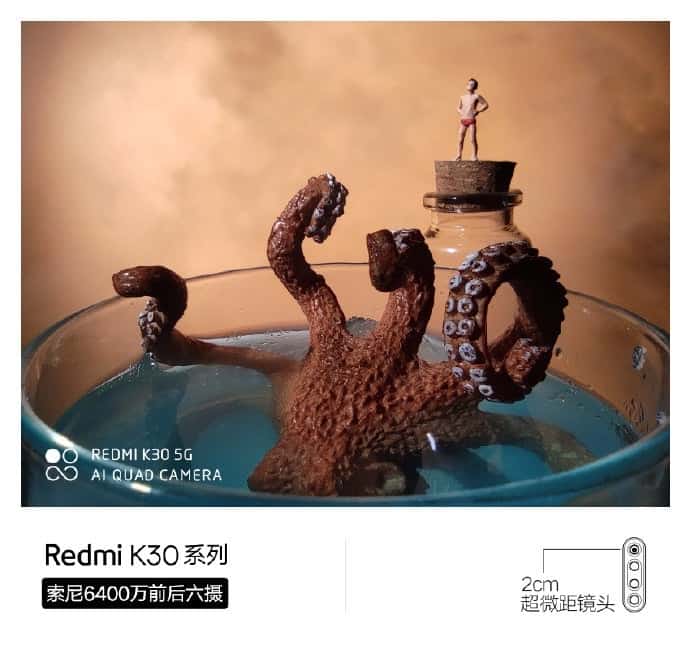 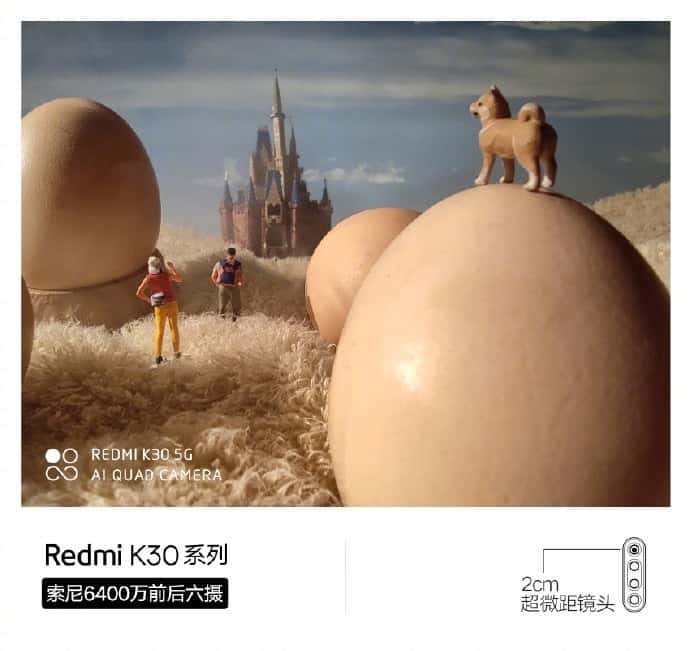 On the back, it will use a coin-shaped quad-camera. The main sensor will have a 64MP resolution. Moreover, it will be the first smartphone to come with Sony’s IMX686 CMOS. One of the lenses on the front will have a 20MP resolution. At last, this phone uses a side fingerprint sensor. Many will accuse Xiaomi in using an outdated solution. But this is related to the fact only the LCD screens support dual-punch-hole design. And as you should know, the glass layer of the LCD is much thicker. So the company couldn’t use a screen fingerprint module.

The Redmi K30 series will officially meet you on December 10.