HMD Global has a reputation for updating its entire lineup of Nokia-branded Android smartphones since its inception. As per a report published by Counterpoint in September, 96% of Nokia smartphones run the latest Android which is impressive for a new player. Further, in August, HMD Global shared its Android 10 update schedule, going by which Nokia 8.1 and Nokia 9 PureView have already received the update. And now, Nokia 7.1 is recieving a similar treatment as promised by the company last week. 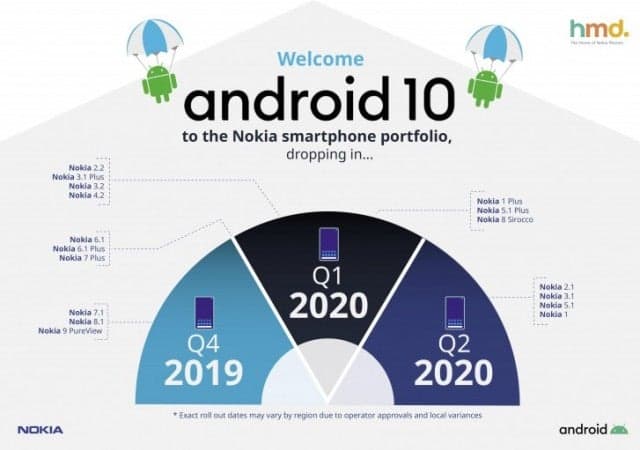 According to the Android 10 update roadmap shared by HMD Global, the company has finally pushed the update to all the three smartphones – Nokia 8.1, 9 PureView, and 7.1, scheduled for Q4 2019. The OTA update for Nokia 7.1 bears the build number V4.08B and weighs 1274.7 MB in size. Strangely, the update comes with November 2019 security patch which has been already rolled out to the device three weeks back.

Since OTA updates are normally seeded out in a staged manner, it might take time to reach your Nokia 7.1. If you cannot wait, you can download the update file from the link provided at the end of the post and install it manually through recovery. Anyways, as per the roadmap, Nokia 6.1, Nokia 6.1 Plus, and Nokia 7 Plus are next in line to receive the Android 10 update by early 2020.

Next Playstation 5: players could share the controls of the DualShock 5