Huawei will launch the P40 Pro smartphone in the first half of 2020.  Recent information on this device shows that it will come with a new periscope telephoto lens which will support 10x optical zoom. Now, new information from Sudhanshu Ambhore exposes more information on the Huawei P40. Some images of its transparent protective case of this device show that it will use a rear rectangular camera design in the upper left corner. 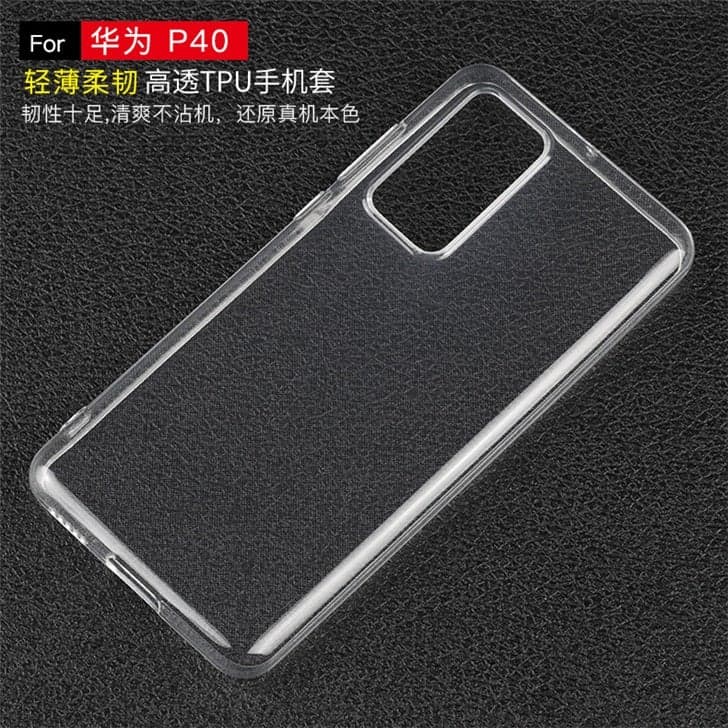 There are at least three buttons on the right side of the phone, which should be volume buttons and the power button. However, there is also an opening at the top and bottom. The top opening could be for the 3.5mm headphone jack while the bottom opening seems like a USB Type-C port.

According to previous renderings of Huawei P40 mobile phones, this phone uses a 6.1-inch to 6.2-inch display. There have been reports that it will use a rectangular camera module. The camera module can accommodate up to four sensors. However, the details of these sensors are still under wraps. In other respects, this phone uses a USB Type-C interface and an on-screen fingerprint sensor

In an interview with French media a few days ago, Huawei’s Yu Chengdong made it clear that Huawei P40 and Huawei P40 Pro will be released in France in March 2020. Other specific details are yet to be officially announced.

Next Honor V30 orange colour option to arrive on December 24