Chinese manufacturer, Meizu, is not having a great time in the smartphone market. While many manufacturers are already releasing 5G devices, its first 5G smartphone won’t arrive until spring 2020. However, the company is already showcasing a glimpse of what to expect from its 5G smartphone. Earlier today, Hua Hailiang, vice president of Meizu Technology, exposed the 5G speed measurement screenshots of “a certain mobile phone”. This phone should be the Meizu 17 that will launch in spring 2020. 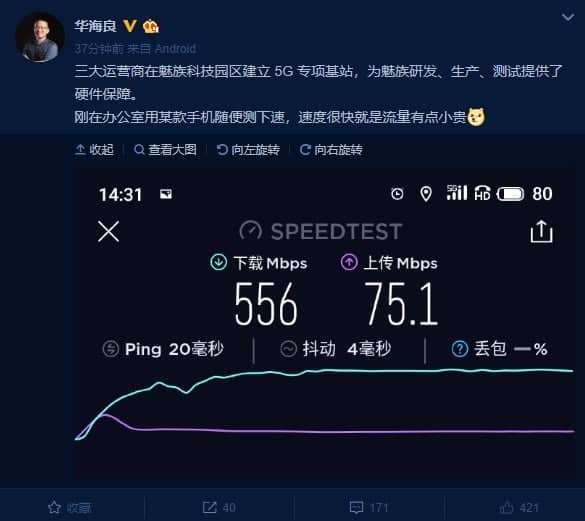 The screenshot shows that Meizu 17 has a maximum download speed of 556 Mbps. In addition, it has a maximum upload speed of 75.1 Mbps, a delay of 20ms, and a jitter of 4ms. According to the company, the Meizu 17 will use the Qualcomm Snapdragon 865 processor. Furthermore, this smartphone will support 5G SA/NSA dual-mode networking.

Meizu has a relationship with the three major Chinese operators. According to Hua Hailiang, the three major operators have special 5G base stations in Meizu Science and Technology Park. This is to provide hardware guarantee for Meizu R&D, production and testing. 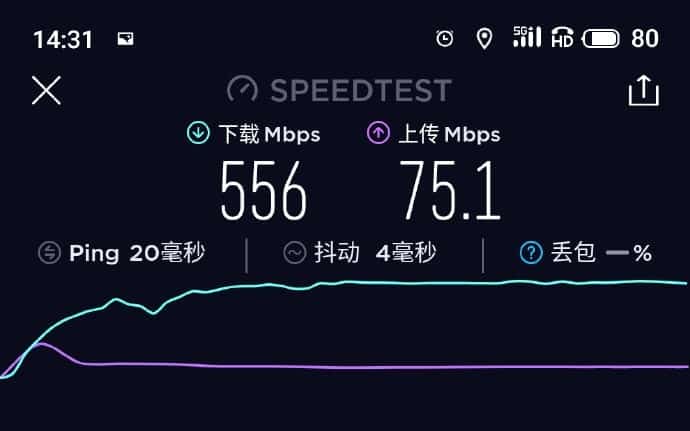 Last week, Hua Hailiang revealed its 5G debugging equipment costing millions of yuan and said that Meizu is currently one of few mobile phone manufacturers with its own research laboratory. The total investment in its lab is over 100 million yuan ($14.3 million)

Next Meizu will launch about 4 5G flagship phones next year