Chinese manufacturing giant, Xiaomi, has about four 5G smartphones that’s if we count the Mi MIX Alpha. Nevertheless, the company stated that it will release 10 5G smartphones next year. One of these devices will probably be the Xiaomi Mi 10 series. 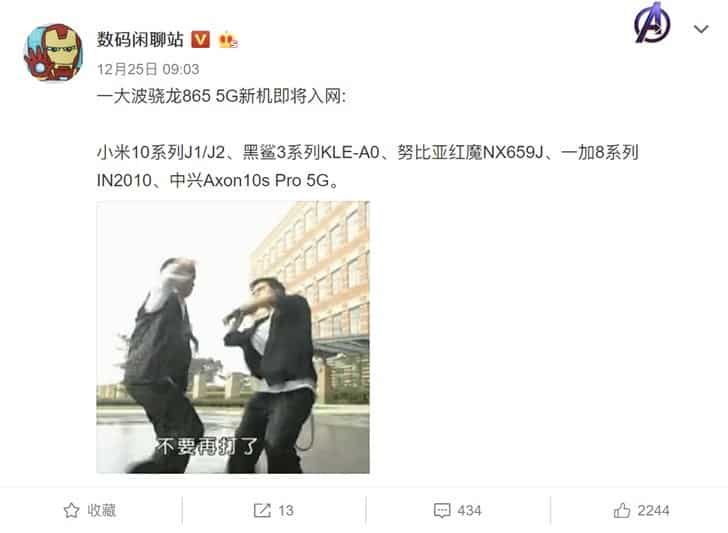 According to the information disclosed by a Chinese blogger (@Shùmǎ Xiánliáo Zhàn), “A large wave of Snapdragon 865 5G new phones will be launch soon. These include Xiaomi Mi 10 Series (J1 / J2), BlackShark 3 Series (KLE-A0), Nubia Red Magic (NX659J), OnePlus 8 series (IN2010), ZTE Axon 10s Pro 5G” and so on. There are other smartphones that will come with this flagship chip.