The well-known YouTuber Marques Brownlee has published a video of almost 10 minutes of an expensive iPhone 11 Pro with gold and diamonds.

This is the iPhone 11 Pro Solarius Zenith from Caviar. Which is a company specialized in modifying smartphones with luxury materials and precious stones. In particular, this model starts at a price of about $100,000. That is, the same starting price of a Porsche Cayenne.

What makes this model special is a yellow diamond on the back. And a good number of diamonds spread along the back cover of the phone. In addition to a 24-carat gold coating. Also, the AirPods Pro headphones and a fast charger will come in the box of the phone.

The name Solarius makes it clear that Caviar designers found their inspiration in the celestial space. The concentric circles of gold and diamonds and the constantly moving tourbillon watch incorporated into the body of the smartphone symbolize the eternal life that the Sun gives to our planet.

Caviar promises that the various minerals that make up this phone have been extracted from meteorites that have fallen to Earth. In fact, the various pieces of Mars and the Moon that are in use in the phones were extracted from these meteorites and certified by Russian mineralogy experts.

As MKBHD says, it is not a useful smartphone for a normal person. He also adds that the Russian company sent someone by plane to hand him the phone. 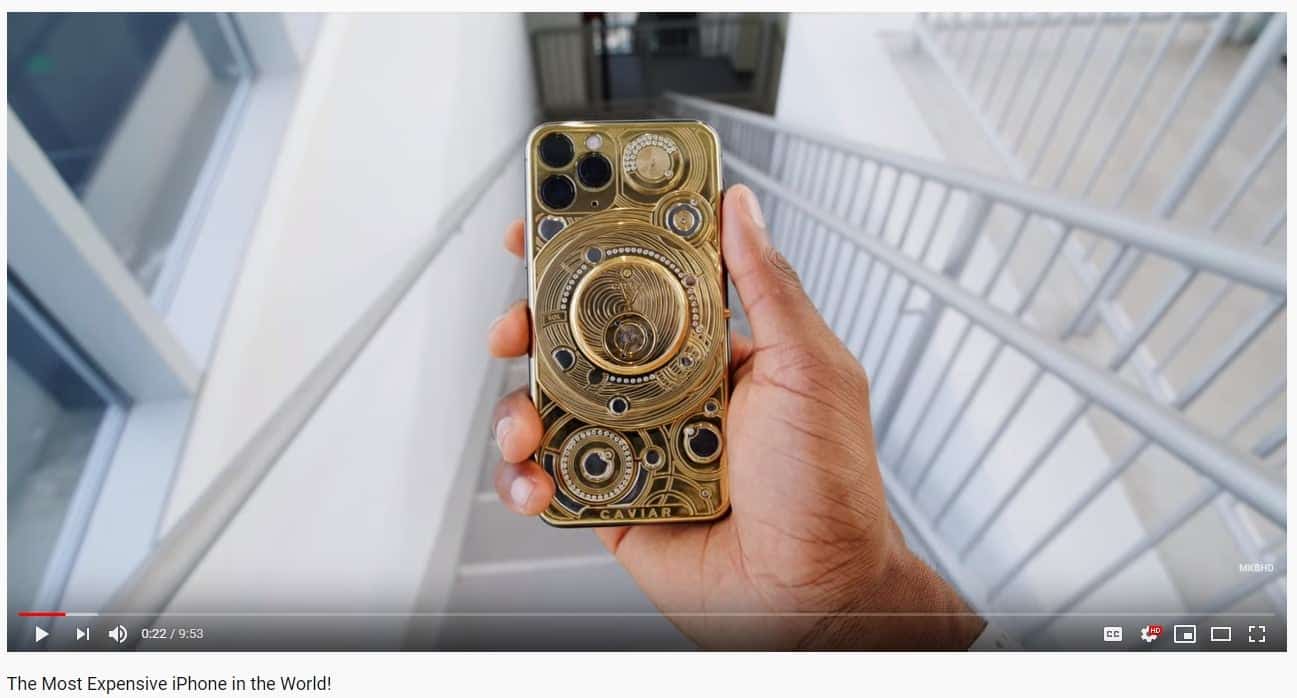 It is worth to mention that according to the latest reports, Apple is working on its own satellite technology to make iPhones communicate with each other, without going through the network of telecom operators. A team would have been working in secret to develop the project and Apple would have hired a dozen engineers. Specializing in aerospace, telecommunications and the design of antennas and satellites. This technology would be in use to make iPhone communicate with each other. And to connect them directly to the Internet.

Read Also:  Users trust Amazon and Google more than Apple when it comes to privacy

Previous Realme Buds Air will debut in China on January 7