Samsung just announced the Galaxy A51 and Galaxy A71 a couple of weeks back. And now the company has filed trademarks for a whole bunch of next generation of Galaxy A series of smartphones. According to a set of pictures posted on Twitter by a user named @_the_tech-guy, there will be at least a total of 9 new Galaxy A series of smartphones in the future including Galaxy A52 and Galaxy A72. 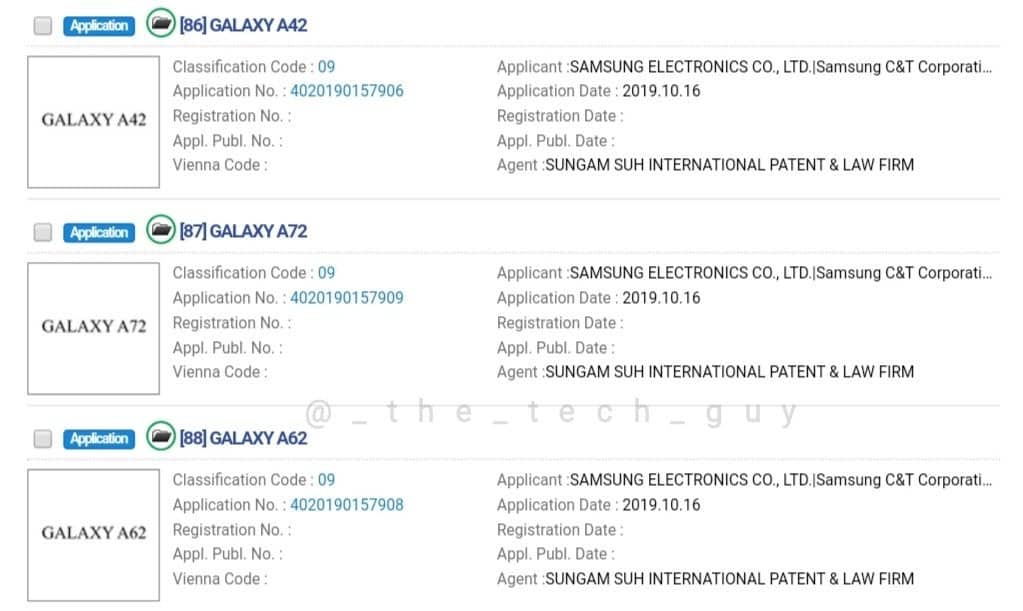 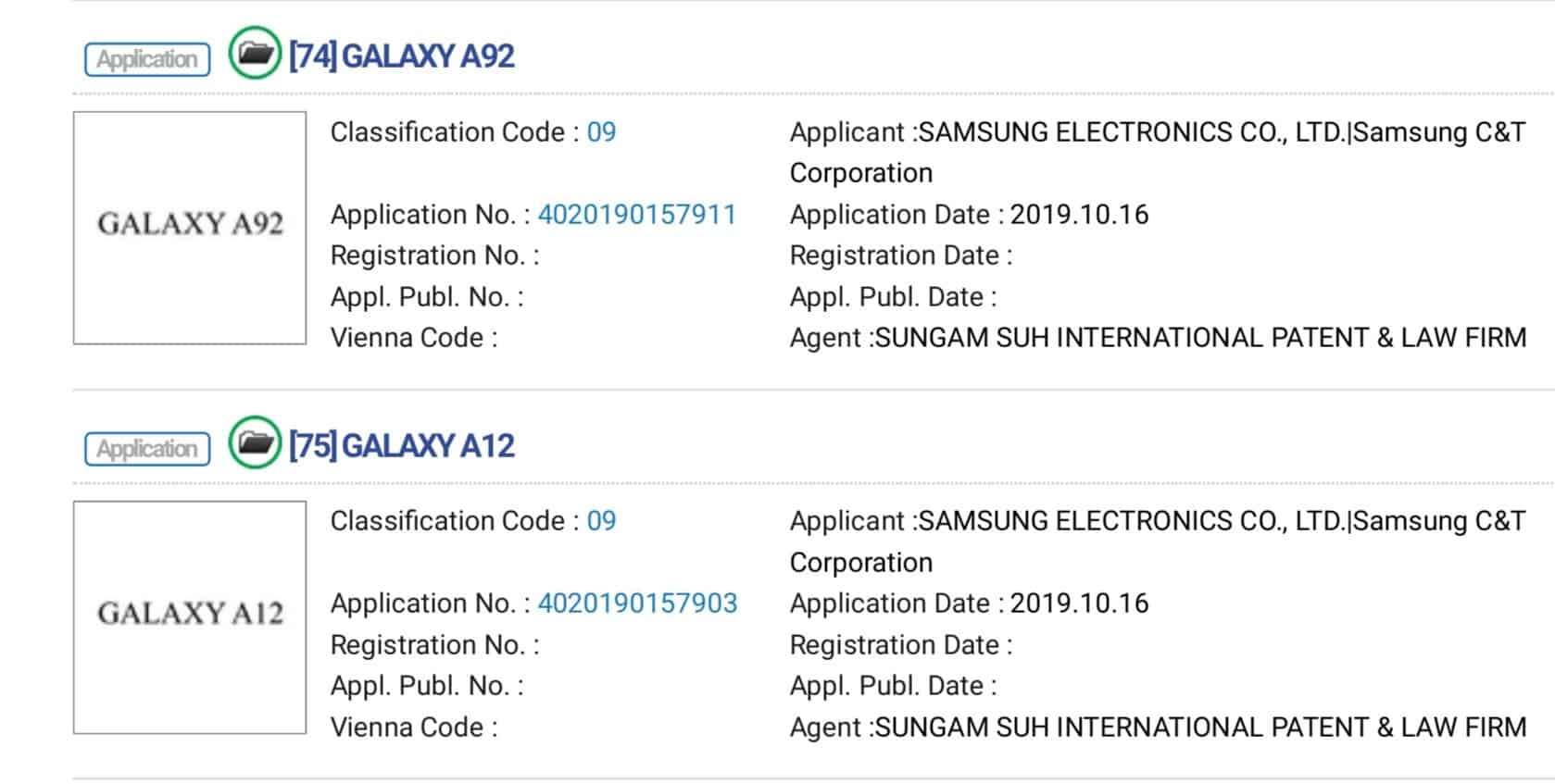 The names applied for trademark by Samsung are as listed below.

Samsung Galaxy A52 is already getting April 2021 security update