Although the main camera pixel seem confusing, let’s not forget that the Xiaomi Mi 10 series has two models – Mi 10 and Mi 10 Pro. It is possible that one of this devices will use a 64MP main sensor while the other (obviously the pro model) will come with a 108MP main camera. 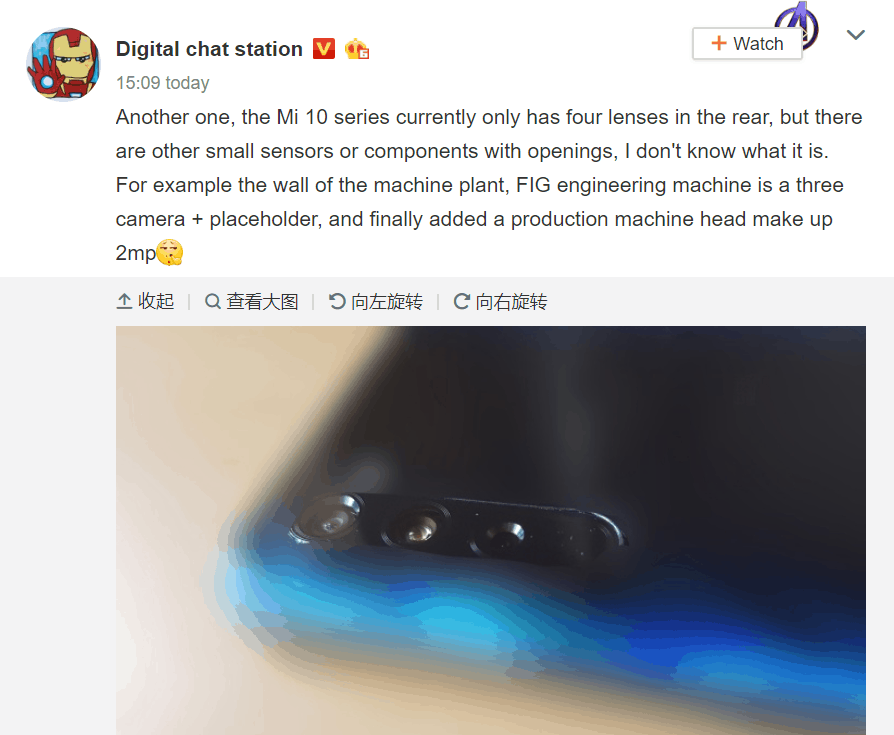 From what we already know, this flagship smartphone will come with Qualcomm’s latest flagship processor. In addition to the Qualcomm Snapdragon 865 SoC, the Mi 10 will also use a 6.5-inch OLED panel with a refresh rate of 90Hz. The quad rear camera has a 64-megapixel Sony IMX686 main sensor (or 108MP). Other cameras include a 20-megapixel ultra-wide-angle sensor, a 12-megapixel telephoto, and a 5-megapixel depth sensor.

The Xiaomi Mi 10 will use a 4500mAh battery and support 40W fast charging. It will also support 30W wireless charging, and 10W reverse wireless charging. The phone has three configurations, with a maximum of 12GB of RAM and 256GB of storage space. As for the price, this device should cost about 3889 yuan ($557).

Furthermore, the Mi 10 series has a pro version. Unfortunately, there is not much information on the Pro version of this device. From what we know, the Mi 10 Pro will come with a 4500 mAh battery which supports 66W fast charging and 40W wireless charging.

A recent report from Sudhanshu Ambhore, claims that the company will unveil the Xiaomi Mi 10 and Mi 10 Pro simultaneously. Recall that the Xiaomi Mi 9 launched in the first half of 2019 while the Mi 9 Pro arrived in September 2019.  The Pro version of the Mi 9 series hit the market a little later. Nevertheless, from recent speculations, this will not be the case with the Mi 10 series.

As for the information on this series, only the Qualcomm Snapdragon 865 processor can be confirmed. In other respects, the 3C certification information shows that the new Xiaomi 5G mobile phones with model numbers “M2001J1E and M2001J1C” support up to 66W fast charger, and the battery capacity is reported to be between 4500mAh and 4800mAh.