We’re in the time of the year when South-Korean firms start to publish their reports for the year 2019. Earlier today we brought the reports from Samsung, and now its Korean fellow LG published results. The company achieved good results in 2019, boasting a record-breaking sales of $53 billion. It recorded operating profits of $2.07 billion, 10% down from 2018. However, LG explains that this is due to the additional investments it spent in marketing and developing future technologies. 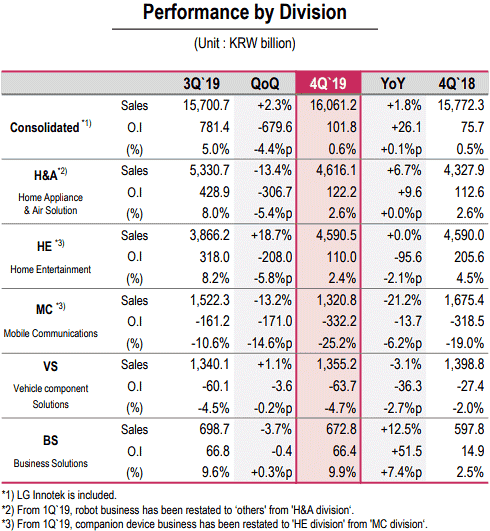 Most of the profit came from the LG Home Appliance & Air Solution Company. It brought a third of the revenue, around $18.29 billion and most of the operating profit $1.7 billion. This particular division brought wide records for both revenue and profit. The financials for the fourth quarter – $3.92 billion in revenue and operating income of $103.86 million – are a company record for Q4. LG saw a huge demand from North America and Europe, thus contributing to the record. 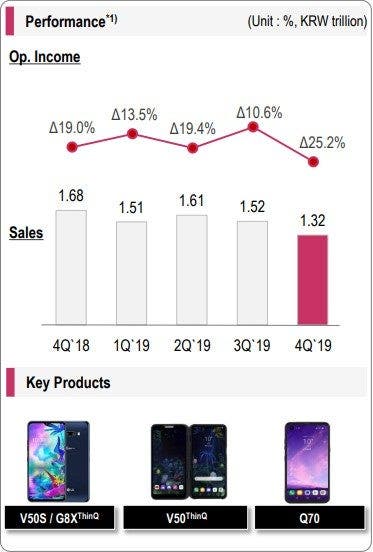 The LG Mobile Communications Company still struggles. The yearly revenue of $5.07 billion lead to an $858.34 million loss. After all, the company still had to deal with all the costs involving the marketing of LG’s flagships. The company still looks forward and puts hope in 2020. To revamp its division, the firm will apply cost-cutting measures and selling 5G smartphones in the mid-range and premium segments.

The LG Home Entertainment Company generated $13.73 billion in revenue with an operating income of $833 million. The numbers are relatively equal to the last year. LG Vehicle Component Solutions Company probably was the most surprising division in 2019. The company generated $4.65 billion in revenue that is up 27% from 2018. It’s the highest annual sales in this division’s history. It did post a loss of $165.6 million for the year, but LG expects the market to pick up in 2020.