This morning, the world’s first Snapdragon 865 phone known as the Xiaomi Mi 10 officially went on sale through all channels. According to the official data released by Xiaomi, it took only one minute to completely sell out the first bunch. The total platform sales exceeded 200 million yuan ($28.65 million).

At 10 o’clock on February 18, the Mi 10 Pro will usher in the first sale. Taking into account this news, there is every reason to think it will become a bestseller as well. 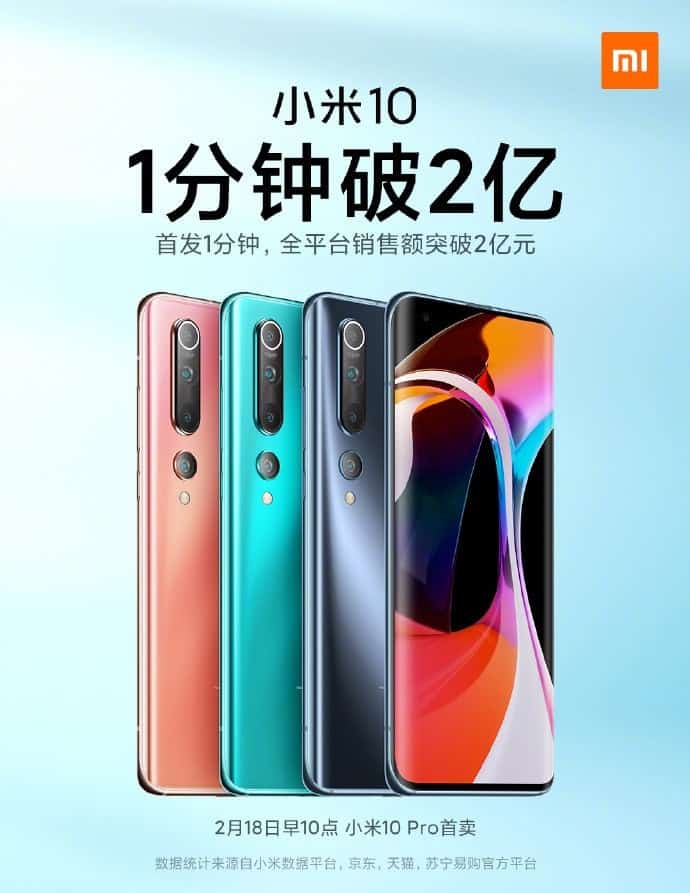 In an interview after the meeting yesterday, regarding the production capacity of the Xiaomi 10 series, Lei Jun said that the deployment was done carefully one month before the release and the production capacity was sufficient. However, the resumption of factory operations in February has been delayed, and supplies will be tight in the next week or two.

The competition in the smartphone market is extremely fierce. Now affected by the general environment, consumers’ consumption enthusiasm has been greatly weakened, and the market size has further shrunk. Judging from the first sale performance of the Xiaomi Mi 10, it shows that consumers recognize its product power. This also indicates that Xiaomi has successfully taken the first step to the high-end market. In response to Lei Jun’s phrase, ‘Life can be affected by the epidemic, but we cannot be defeated by the epidemic.’

At the press conference of Xiaomi Mi 10, Lei Jun stated that the goal of this series is to break the shackles of price, pursue the ultimate user experience at any cost, create a dream in the heart of Mi fan, and fully impact the high-end market.

Previous 5G iPhone and iPad Pro arriving in the fall