The Redmi Note 8 Pro debuted in the end of August 2019, just a few days before the official release of Android 10. For that reason, the smartphone came with Android 9 Pie and since then, fans have been waiting for an upgrade. Worth noting, that it has been running the latest MIUI 11 for a while now, however, it’s based on Android 9 Pie everywhere in the world except China. Xiaomi promised to deliver the global Android 10 base, however, it’s taking months.

Today, however, there are signs that the global owners of this device will finally get happy. While this isn’t a broader rollout, it’s good to know that the global version of Android 10-based MIUI 11 update is making way to devices in Pakistan. It’s unclear how long it will take for other markets to get this update. However, it’s good to know that it’s not constrained to the domestic market of China. 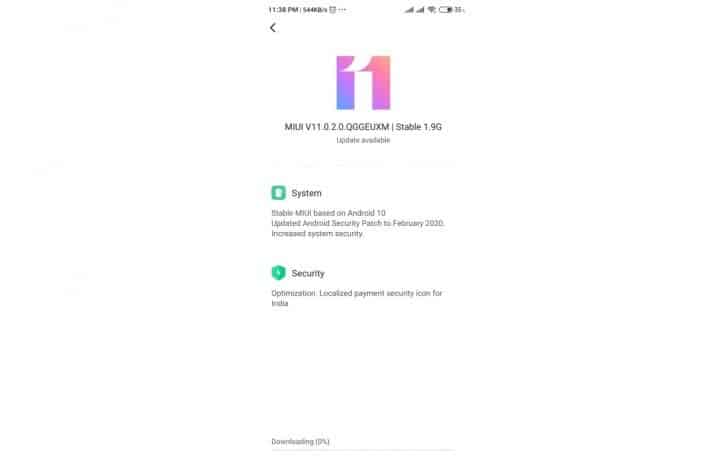 This update bears MIUI 11 v.11.0.2.0.QGGEUXM and it’s quite big with 1.9GB of the total size. Worth noting that it also includes the February security patch. Moreover, there are system optimizations and a localized payment security icon for India. That’s what the changelog notes, but there’s still room for some weirdness. First, the “EU” in the build version implies this is an update for the Europe-bound global models of the Redmi Note 8 Pro. Second, the localized security payment icon for India is weird in a Rom that is not made specifically for India.

Despite this, let’s just hope that Xiaomi gets its software update act together soon. Global owners have been waiting for a long time to get this update.