January has been slow, but February has been a bullet, and now we are in the third month of the year almost without realizing it, and by this time of 2020, we have already seen the presentation of a few devices, and today we are going to show you the top 10 of the most powerful Android smartphones in February according to Master Lu.

Master Lu is an application of benchmarks that, like AnTuTu, lists the most powerful smartphones every month, since, after all, almost every month we have new devices that get into the top, and many others that leave.

When we buy a high-end mobile, we always give some importance to how powerful the device is, maybe to a greater or lesser extent, but it is an important aspect in this segment. And, as you can imagine, some of the most recent devices are included in this top 10 of February’s most powerful mobiles: 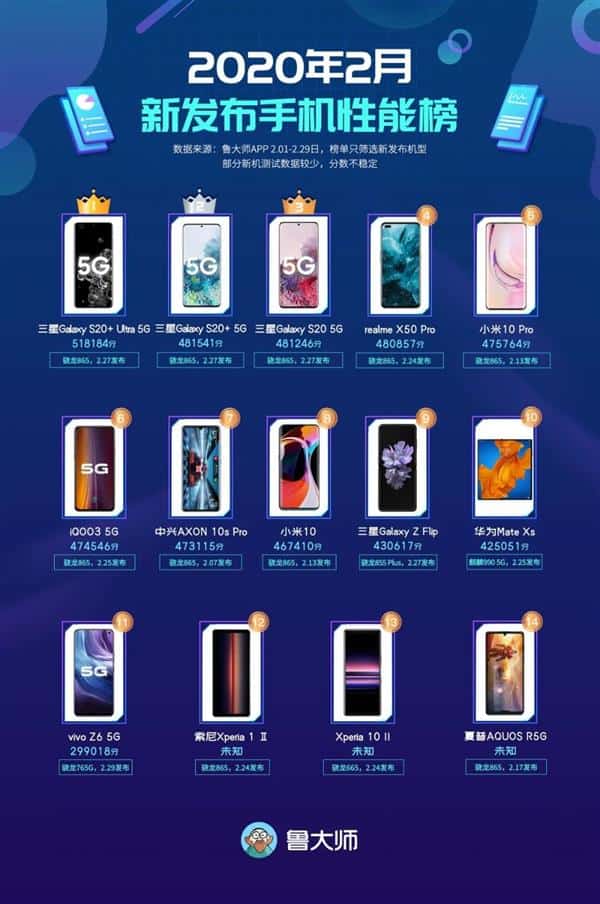 First, as we could imagine, we find the Samsung Galaxy S20 Ultra, the device presented a few weeks ago by the Korean company that comes to occupy the highest position in its high range and that, how could it be otherwise, heads the top 10 most powerful mobile of Master Lu with its 108-megapixel camera as outstanding feature.

But Samsung’s device is not alone since in second and third place it is accompanied by its small brothers. The Samsung Galaxy S20 and Samsung Galaxy S20+ are devices that shares the same processor – Exynos 990 – and that Samsung presented simultaneously, they also have a very good hardware and design.