OPPO has been teasing its first-ever smartwatch for a while now. It is slated to be announced alongside the Find X2 series on March 6, i.e. tomorrow. The brand has already revealed the design of the watch by sharing its renders on social media. It has even confirmed a couple of features but now thanks to a Chinese tipster, more blanks on the  specs sheet have been filled up, as reported by Playfuldroid. The potential prices of the Oppo watch are out as well.

According to the tipster, the Oppo watch will be powered by a Qualcomm Snapdragon Wear 2500 processor paired with an Apollo 3 microprocessor. It will feature a 1.19-inch display and looking at the renders shared by the company, we can assume it to be curved at sides. For health monitoring, the device will come equipped with a heart rate monitor as well as an electrocardiogram (ECG) sensor. For protection, the device will be water-resistant up to 5 ATM. As far as pricing is concerned, the tipster suggests it to retail for 2,000 Yuan or $288 approximately. 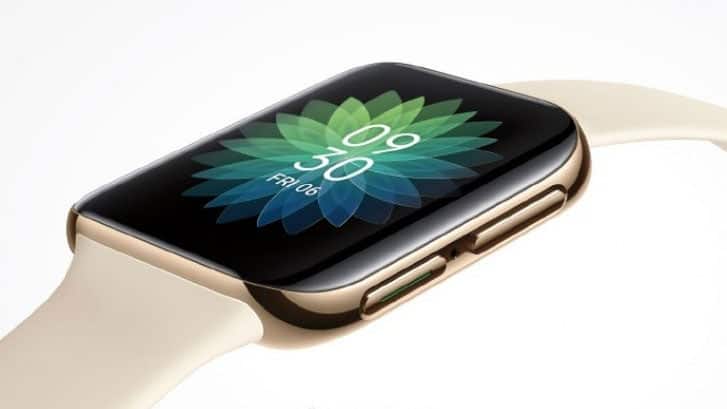 The OPPO watch is expected to come in at least two colour variants – Gold and Blue with a black strap as per the latest render shared by the company. The teasers also say it to feature voice call functionality, possibly with an eSIM. As per some rumours, there might be variants with leather straps as well. That being said, what is not known yet is the software running the hardware.