Samsung recently released an all-out specs-monster in the S series called the Galaxy S20 Ultra. It’s the most expensive handset in the history of the entire S series and is stacked with features up to the brim. It starts at an eye-watering $1399  but how much does it cost to manufacture? Tech Insights recently tore down a Galaxy S20 Ultra with model number SM-G988N (South Korean Unit). After some preliminary cost analysis, they found out their 12GB RAM + 256GB ROM variant device cost Samsung only about $528.50 to make, which the company sells for $1399.

It is not unknown that brands price their products way more than they spend to build them. But these price estimations do not include marketing and other expenditure. Even if they are added later, the companies still manage to make profit, especially on high-end smartphones. And that seems to be true even with the newly launched Galaxy S20 Ultra, the costliest Galaxy S series available right now.

That said, below-listed is the cost of components in the Galaxy S20 Ultra (SM-G988N) as per the research. 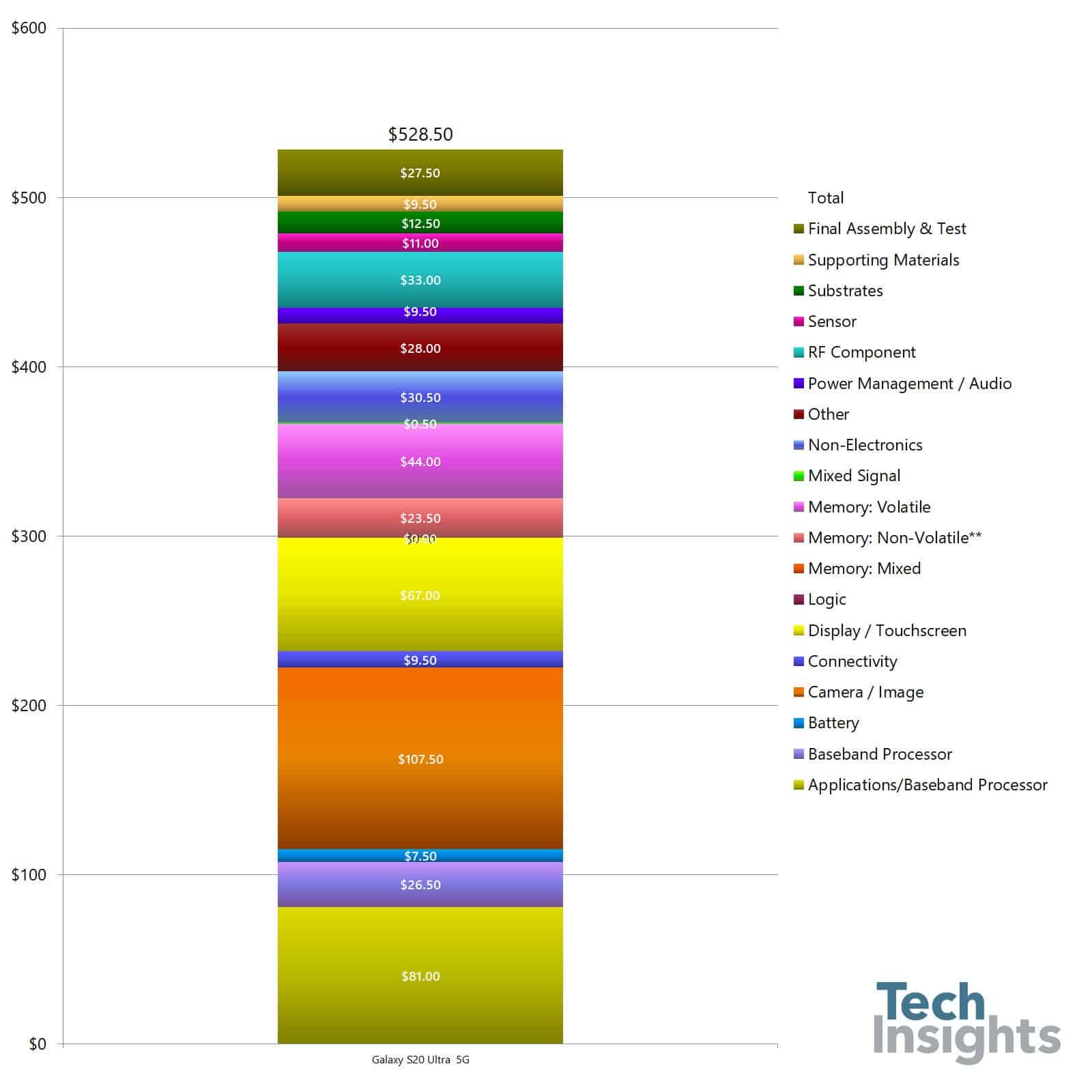 By looking at the above data, we can clearly see the cameras used on the Galaxy S20 Ultra cost the most at $107.50. Usually, displays and Baseband processors are the most expensive but in the case of the S20 Ultra, it is different as they only come after the massive image sensors used in the phone by the company. Another interesting thing to note here is the Samsung’s ultra-premium flagship costs $38 more to make than Apple’s iPhone 11 Pro Max as suggested by Max Weinbach on Twitter.

Anyways, this is just a suggested cost, the actual cost plus other expenses may vary. Nevertheless, Samsung will be making a good amount on the sales of the S20 Ultra if people really buy it over iPhones, which are the highest selling smartphones in the $1000+ price segment.

Next Xiaomi Mi 10 global presentation will be on March 27th!