Xiaomi’s sub-brand Redmi is gearing up to unveil the Redmi K30 Pro which is scheduled for this month. Although we all know that the new flagship killer will be revealed in March the company hasn’t shared an official launch date. However, a Weibo post from last month by Redmi General Manager Lu Weibing gives us an indication when we can expect the brand new Redmi flagship.

According to Weibing, the K30 Pro launch event will take place between the launch of the Huawei P40 – March 26 – and that of the upcoming Honor 30 series which is believed to come in April. Therefore we can expect the Redmi K30 Pro to go official towards the end of March. The initial sales in China may start in early April. We don’t know the strategy Redmi will use for this smartphone in the rest of the globe. Back in the last year, the Redmi K branding was exclusive to China and India. The rest of the world received the same devices with different names – Xiaomi Mi 9T and Mi 9T Pro. 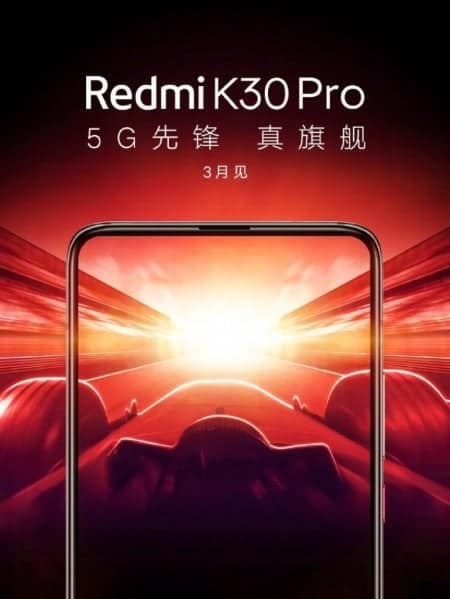 This year, however, the company unveiled the Redmi K30 in China and rebranded it to Poco X2 in India. Now, what will happen with the K30 Pro? Will it become Poco X2 Pro, or perhaps, Poco F2 in the rest of the world? Only time will tell, but thankfully, we don’t need to wait much longer.

The K30 Pro will boast Snapdragon 865 SoC and notchless display. Instead of a fancy punch hole solution, we may see the return of the pop-up camera mechanism. The handset will come with dual-mode 5G connectivity and 4,700mAh battery with 33W charging. The camera department will include Sony’s 64MP IMX686 sensor.

Previous Here is the price of the upcoming Huawei P40