After several weeks of rumors and leaks, Samsung has finally made the new member of its affordable mobile catalog official. The Samsung Galaxy M21 is already a reality, and it comes to become the successor to the Galaxy M20 that many have been waiting for for a long time.

This new edition of South Korea’s affordable mid-range mobile brings with it interesting improvements in terms of its technical specifications, including a gigantic battery, even larger than that of the model of the last generation, as well as a renewed screen that now bets on Super AMOLED technology. 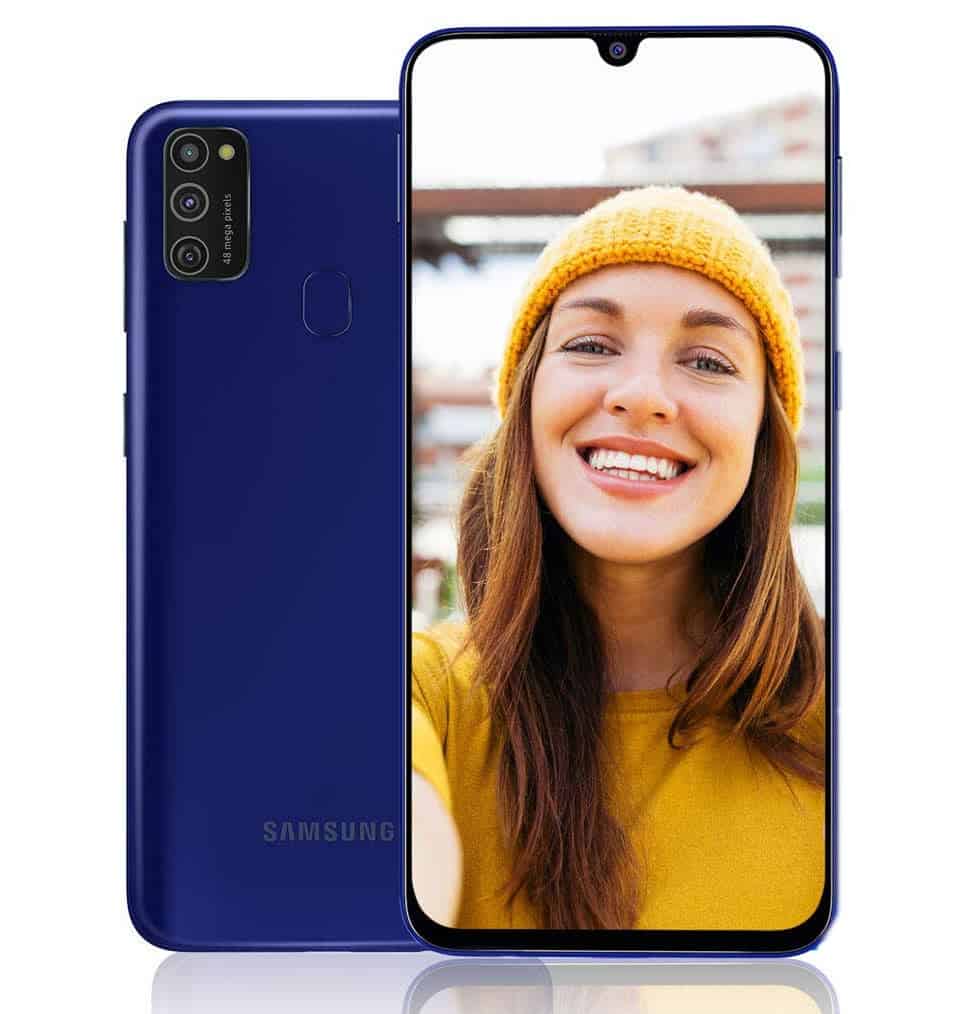 A new member of the affordable catalog

Compared to the original model, the new Galaxy M21 does not introduce too many changes in terms of design. We continue to have a plastic body that houses a capacitive fingerprint reader on the back, and a front occupied by a large screen, this time 6.5 inches diagonal.

We can find the first important change precisely on the screen. From the IPS panel of last year’s model, we have a Super AMOLED screen with Full HD + resolution, capable of lighting up to 420 nits of brightness. In addition, it has Gorilla Glass 3 protection and has a small “notch” in the form of a drop on the top.

The Galaxy M31 presented in late February already surprised by incorporating a huge 6,000 mAh capacity battery. And Samsung was not going to miss the opportunity to do it again in this more affordable edition. A battery of this same capacity is found inside the Galaxy M21, although surprisingly it does not affect too much the thickness of the phone, which remains at 8.9 millimeters.

Other details of its datasheet are the inclusion of an eight-core and ten nanometers Exynos 9611 processor, added to 4 GB of RAM and 64 or 128 GB of UFS 2.1 storage, which can be expanded through a microSD card of up to 512 GB.

The software that gives life to the phone is One UI in its version 2.0 based on Android 10, with all the functions and news that it has.

Other features that this Galaxy M21 shares with other phones in the Samsung catalog are those related to its photographic section. This consists of three rear sensors, the main one being a sensor with 48 megapixels of resolution. It is accompanied by an 8-megapixel ultra-wide-angle camera and a 5-megapixel depth sensor. On the front, we only have a camera, with a resolution of 20 megapixels.

More details related to the multimedia section of the phone are the inclusion of a 3.5 mm headphone port, FM radio and Dolby Atmos audio system.

At the moment, Samsung has presented the device in India, and has not revealed data regarding its expansion to the rest of the world. However, if we take into account the popularity of the Galaxy M20 in other markets, it is to be expected that sooner or later the company will end up expanding the availability of the new model to more areas of the planet.

Its launch will take place on March 23, and it will be available at a price of about $175 for the variant with 4 GB of RAM and 64 GB of storage.

Previous The Samsung Galaxy S10 has a better performance than the Galaxy S20!