According to the reliable tipsters from @OnLeaks, the upcoming Honor 30 will feature a flagship-grade camera setup. Actually, it will come with some semblances to the recently released Huawei P40. Today, the leakster published an interesting Honor 30 sketch including some details about the camera in the flagship. 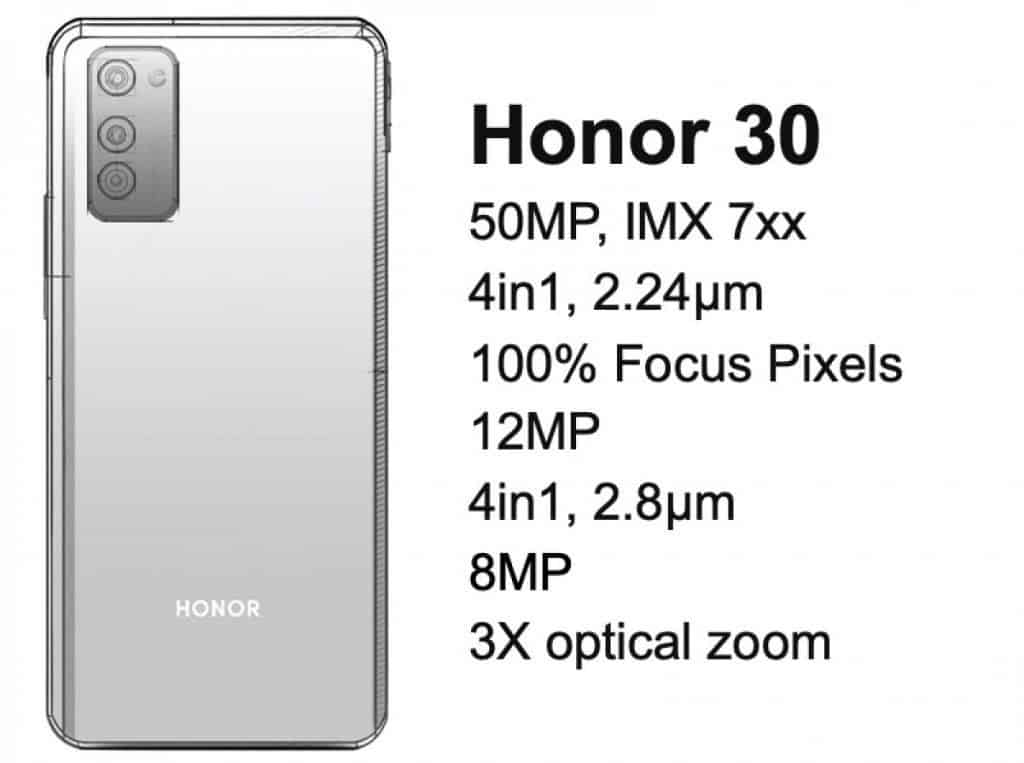 According to the sketch above, the upcoming device has a square-shaped camera island comprising three powerful sensors. The primary module is a 50MP IMX7xx sensor from Sony. It boasts 4-in-1 pixel binning which produces 2.24µm pixels. The sensor in the Huawei P40, in counterpart, produces larger pixels. So we assume that Honor isn’t recycling the camera of P40.

We suggest you take the above image with a pinch or two of salt. However, the design above seems pretty similar to the Honor 30S renders. Both devices are from the same family. While the Honor 30 is a flagship phone with Kirin 990 5G, the 30S will ship with the brand new Kirin 820 5G chipset. The sketch also resembles the Honor V30 Pro released last year.

The Honor 30S will go official on March 30, it’s unclear if the Honor 30 and 30 Pro will be revealed on the same date.