Xiaomi has once again filed a new smartphone design patent that has a waterfall screen and an under-display camera. Both sides consist of more than 60% of the screen surface. The user interface of the smartphone has a 90˚ rounded screen with side control. It would be the successor of the Mi 10 Pro.

At the end of September 2019, Xiaomi has filed a design patent with the Chinese patent office, the CNIPA. The patent was published on April 3, 2020, after which it is included in the Global Design Database of the WIPO (World Intellectual Property Office).

The documentation shows that it is a Xiaomi phone with a strongly rounded display on two sides (at an angle of 90˚), also known as a waterfall display. The screen extends to the sides that a control interface can also be displayed there. 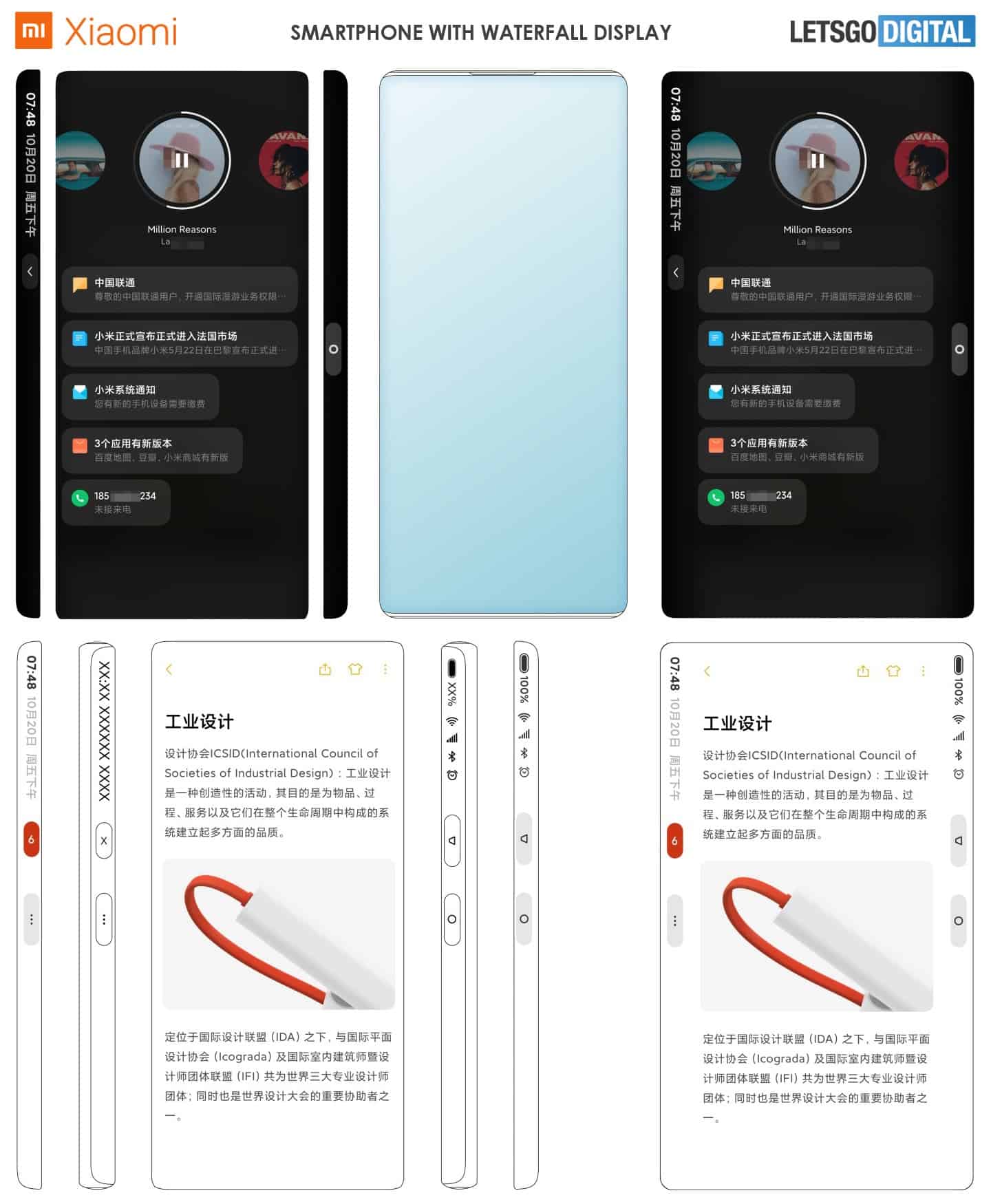 When you are on the home screen, general status icons are shown, such as the battery indicator and network strength. When you open an app, operating icons for that particular application are displayed. Think for example of the media player, where you can pause or skip a track from the side.

The patent focuses on the user interface, so the back, but also the top and bottom of the phone are not patented. What is striking is the front camera will be under the screen which is an option highly-demanded by the users. 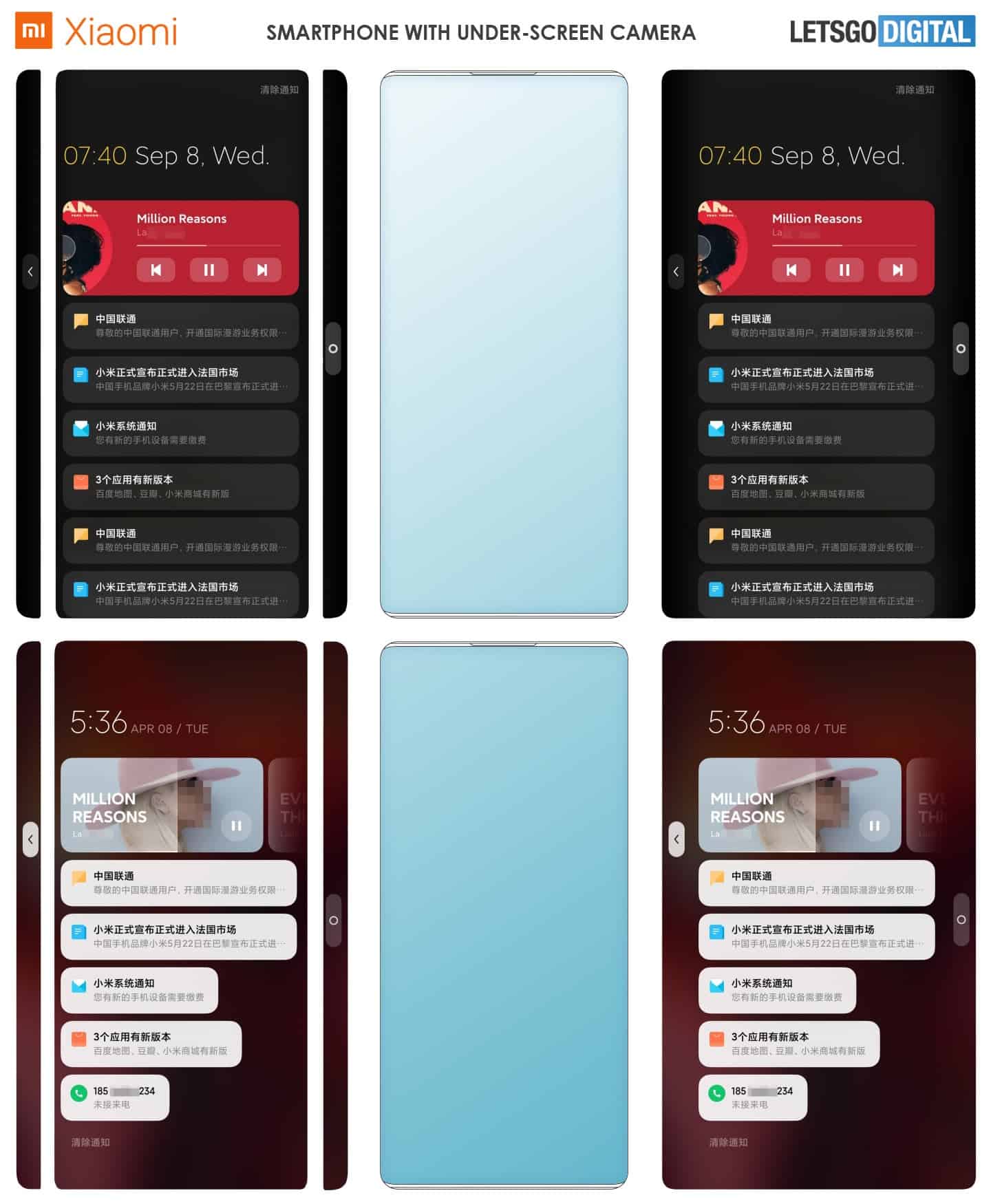 In June 2019, both Xiaomi and Oppo showed a prototype smartphone with a camera under the screen. For the time being, however, no phones have been introduced with such an innovative front camera. Nevertheless, the first models with an under-screen camera are expected within one year.

Whether and when Xiaomi will use the patented design for an end product is still unknown. We will keep you updated.